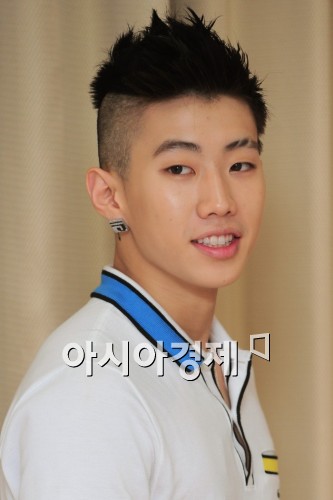 
Jay Park (Korean name Park Jae-beom) will arrive in Korea today after having left for the United States two weeks ago on vacation.

"Park is scheduled to arrive in Korea this afternoon through Incheon International Airport," an official at SidusHQ told Sports Today over the phone on Wednesday.

The official then added that the singer and actor will prepare for his fan meeting at Korea University in Seoul set for August 28 and depart for the U.S. again for a show in Los Angeles in early September.

The fan meeting will mark the start to his Asia tour which will take place in several countries including Taiwan, China, Hong Kong, Thailand, the Philippines and Malaysia, the first time he will be holding official fan events since splitting from his former boy band 2PM early this year.

Upon his return to Korea solo in mid-June, Park took part in the filming for Korea-U.S. b-boy pic "Hype Nation" and signed with major talenthouse SidusHQ. He also released a solo debut single and gave his comeback performance through a two-day music fest whose stage was graced by international artists such as Kanye West and Lupe Fiasco.

Park, whose Korean name is Park Jae-beom, has been one of the most popular singers in the Korean music industry since debuting as a member of 2PM in 2008.