Jang Keun-suk to make singing debut in Japan in March 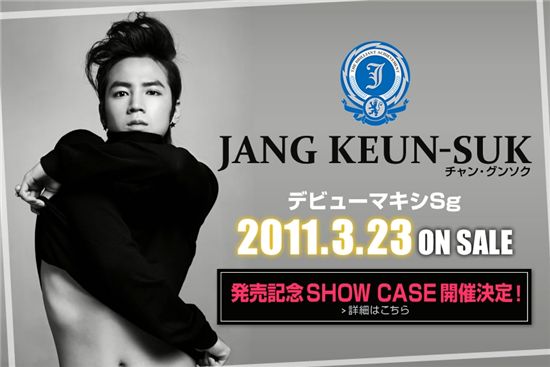 
Korean singer and actor Jang Keun-suk will make his singing debut in Japan in March, according to Japanese record company Pony Canyon on Thursday.

The official website of Pony Canyon announced that Jang will release his first album, which will produced in a regular version and limited edition with the latter album featuring a DVD, on March 23. He will also hold showcase in the country four days later to promote the new release.

"Jang is talented in both acting and singing and he is a very appealing star," an official from Pony Canyon was quoted as saying.

"It's a great feeling to be releasing an album under my name and I will work hard in creating the best record," Jang was quoted as saying about his upcoming album.

Jang made his debut in entertainment at the early age of five as a catalog model. He rose to super stardom in Korea and throughout Asia after starring in the SBS hit series "He is Beautiful" as the eccentric lead singer of the idol group A.N.JELL.

He recently made his comeback to the small screen in Marry me, Mary as Indie rocker Mugyul and embarked on a showcase tour in several cities in Japan late last year.