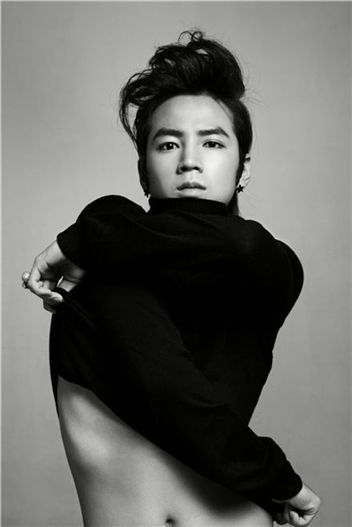 According to the website by HMV, one of Japan's most popular online shopping sites for music, DVD, and games, Jang's upcoming album "Maxi" set for release on March 23 in a limited edition version including a DVD, and regular version, have place No. 1 and 3, respectively, on its comprehensive music chart whose results are based on numbers compiled from both pre-orders and sales.

The limited edition of the record has topped the pre-orders chart while the regular edition follows behind in second place.

Jang has not led a singing career in Japan, let alone Korea, but officials in Japan had proposed he produce an album after seeing the top Hallyu star sing in several of his dramas.

In line with the release of his first official record, the singer and actor will also hold a mega-scale showcase at Tokyo Big Sight, a convention center in Tokyo accommodating 15,000 people, on March 27.

Jang made his TV debut in 1997 with cable channel HBS' sitcom "Happiness For Sale" and has since appeared in numerous dramas including youth sitcom "Non Stop 4" (MBC, 2004), historical drama "Hwang Jinny" (KBS, 2006).

During the past couple of years, he has played various music-related roles including in "Beethoven Virus" (MBC, 2009) where he appeared as genius trumpet player, the lead vocalist of idol group A.N.JELL in "He's Beautiful" (SBS, 2009) and an indie rocker in "Marry me, Mary" (KBS, 2010). He has also sung soundtracks for the shows.

He has been a phenomenon in Korea and throughout Asia since starring in "He's Beautiful," after which he has held several sold out tours in various countries in the region.