Jang Keun-suk in Japan to celebrate release of pictorial 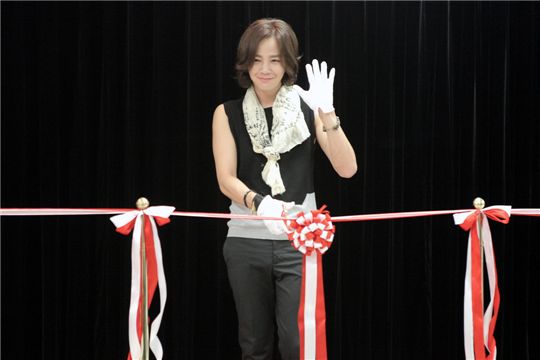 Hallyu star Jang Keun-suk left for Japan yesterday to attend an event held for the release of his first-ever photo booklet in the country, according to a press release from his agency Tree J. Company on Tuesday.

The statement said that Jang took part in the opening ceremony for a photo exhibition marking the release of the booklet titled "J Plus" at the Sogou Department Store in Yokohama today morning and will take part in an autograph session and press conference for the event later in the day.

"J Plus," which received over 50,000 pre-orders, is composed of a variety of pictures of Jang and will become available nationwide on July 27.

The exhibition, to be held from today till July 4, features photographs of Jang and a video message from him.

Making his debut as a catalog model at the early age of five, Jang has starred in a number of hit TV series such as SBS' "He Beautiful" and "Marry Me, Mary."

He made his singing debut in Japan with the release of his single "Let me cry" which had topped Oricon's weekly chart and was chosen as the spokesmodel for Korea's rice wine (makkoli) for Suntory, an alcoholic beverage company in Japan.

He was recently in Taiwan for his Asia tour "The CRI SHOW" where he so far has performed in Singapore, Hong Kong, Thailand and Malaysia.