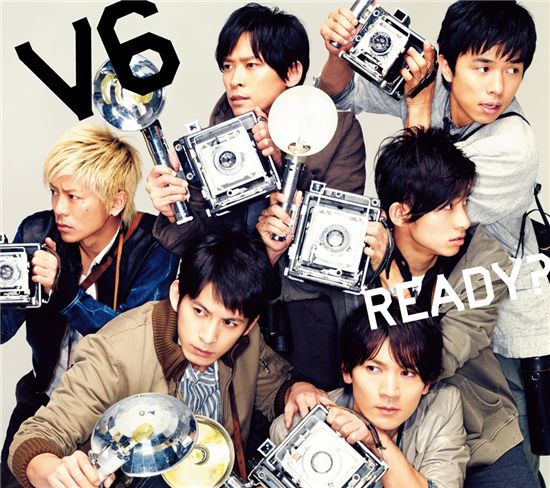 Japanese pop group V6 will be releasing their latest album "READY?" in Korea today, according to agency SM Entertainment on Wednesday.

SM said in a press release that the boy band's 11th full-length album, released in Japan last week, will come out in a two-CD package composed of a main and bonus disc.

The record, their first album since "Voyager" in September 2007, carries a total of 13 tracks including the hit single "Light In Your Heart", "Swing!", "Spirit", "Guilty."

The bonus CD in the new album contains eight additional songs, six of which are solo tracks by each of the group's members and two by V6's sub-groups 20th Century and Coming Century.

The six-member boy band, who debuted in 1995 with the single "Music for the People", has released numerous singles and albums while also appearing on TV dramas, plays and musicals.