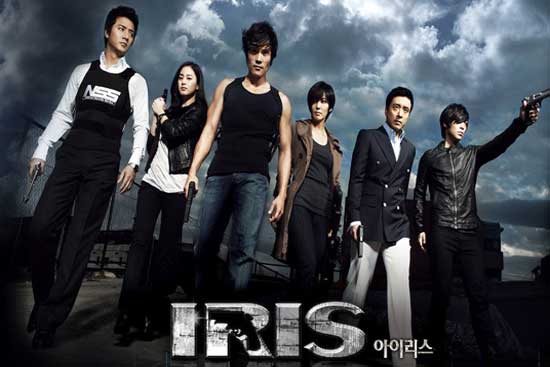 National Security System (NSS) Top 707 agents Hyun-jun and Sa-woo are blood brothers who swore to trust each other and unchanging friendship for life. They meet agent Seung-hee there and both fall in love with her. But Hyun-jun and Seung-hee become close and Sa-woo fights to hide his feelings for Seung-hee. One day, they are immediately sent on a mission to Hungary. When they successfully finish off their job with immaculate teamwork and are celebrating it, a message arrives to Hyun-jun asking him to meet in secret.

Baek-san, an executive of NSS who had been waiting for Hyun-jun orders a solo mission. Despite the tight protection of bodyguards, Hyun-jun succeeds his mission. But before escaping, Hyun-jun gets wounded by his targets' head security bodyguards, and later he is shockingly betrayed by his most trusted friend, Sa-woo. Hyun-jun tries to escape with Seung-hee's help, but he ends up losing Seung-hee. And his car also explodes; they are both misled into thinking that the other had died. Hyun-jun gets saved by an unidentifiable "Voice" and learns the secret identity of a group called, "Iris".

1 year later, with the two Koreas about to be reunified, Hyun-jun makes his return. After spending a nightmarish life of being betrayed and losing everything, Hyun-jun returns to get revenge on those who threw him into the living hell. With the help of the President, Hyun-jun returns to his post in the NSS. Starting a fight against "Iris", the secret society that tries to interfere with reunification, Hyun-jun now puts everything on the line for the battle of his life.

Iris featured an ensemble cast split between characters of North Korean and South Korean descent. Because the series explores the tension and mentality behind the two sides of the conflict, both the North and South perspectives are shown at length. The plot focuses on the cast overcoming the manipulation they face at an international level and occasionally attempting to reconcile their differences to fight an evil greater than either side ever acknowledged, making way for scenarios in which their allegiances are stressed and put to the test.


A soldier with the South Korean Special Forces, Hyun-jun has floated through life with little attention for the details. Possessing a photographic memory, top athletic ability, and proficiency with most firearms, he has little difficulty distinguishing himself as a member of the NSS. Assuming the codename "TK1" during operations, he is frequently paired with his friend and colleague Jin Sa-woo.

Ranked as a "Team Leader" within the NSS, Seung-hee is an expert profiler that assisted the second-in-command, Park Sang-hyun, with recruiting Kim Hyun-jun and, more directly, Jin Sa-woo. Admired for her beauty and perspicacity, Seung-hee is universally liked within the organization and remains very close with fellow NSS member Yang Jung-in.

A friend that has grown up alongside Hyun-jun, Sa-woo is the more level-headed and responsible of the two. While members of the Special Forces, they often found themselves in fierce competitions, and after joining the NSS, find themselves competing for the affection of Choi Seung-hee. In accordance with Hyun-jun's codename, he becomes known as "TK2".

A seasoned and steadfast supporter of the WPK, Park Cheol-young is the head of the North Korean security team responsible for escorting and protecting heads of state on diplomatic missions. He first encounters Kim Hyun-jun as they are caught in a political impasse in Hungaryone that leaves Park and his entire team at the mercy of their superiors should they not resolve the situation quickly in their favor.

Despite being one of very few females to achieve her status, Kim Seon-hwa has gained the trust and acknowledgment of her colleagues in the North Korean security forces. As a subordinate of Park Cheol-young and a ranking officer in his security outfit, she has great admiration for her superior and harbors deep resentment for the South.

A mysterious assassin working for an even more mysterious organization, Vick answers to a man known only as "Mr. Black." Though of apparent Korean descent, his actual origins are unknown and he communicates fluently in both English and Korean. Often, he is responsible for eliminating political targets and retrieving, as well as destroying, sensitive information at the behest of his superiors.