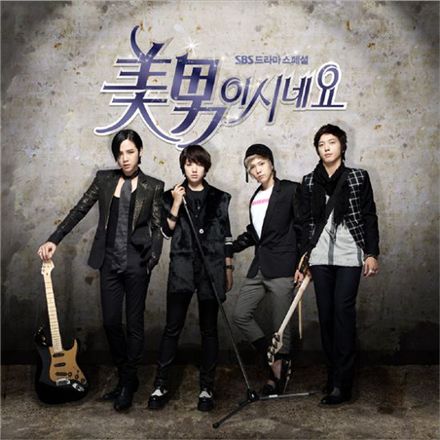 An official website for idol band A.N.JELL from hit SBS series "Minamishineyo" has been launched.

The webpage, which can be viewed in four different languages including Korean, English, Japanese and Chinese, features the profile of the four members of the band, a news board and a message board, as well as photographs and videos of A.N.JELL.

A.N.JELL is the fictional band from the show composed of Hwang Tae-kyung played by Jang Keun-suk, Go Minam by Park Shin-hye, Kang Shin-woo by Jung Yong-hwa and Jeremy by Lee Hong-ki.

"Minamishineyo" aired in Korea during the latter half of 2009, maintaining viewership ratings in the 10 percent range despite competing against KBS blockbuster drama "IRIS" starring top actors Lee Byung-hun and Kim Tae-hee.

The show was a success overseas as well, soon selling its publication rights to several broadcaster's throughout Asia including CCTV (China), BBTV (Thailand), GMA (Philippines) and MATV (Singapore).

The series was also sold to Japan's KNTV last month and began its run in the prime time slot on March 27.