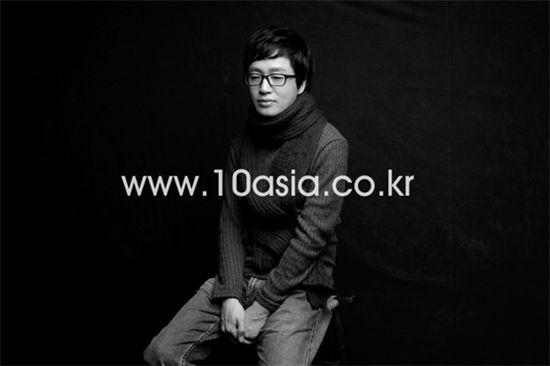 10: You describe yourself as having an extreme voice but I think you're music has taken on somewhat of an extreme form in the process of you coordinating your voice and breathing. Your music is accepted on more of a macroscopic level when we say it has opened up a new door in Korean music.
Lucid Fall: I guess it could have but I'm not good at noticing it. For example, when I'm doing an interview and the reporter says I must be happy because my album is selling well, I myself actually don't feel it. But I've released a total of four albums so far, so in that aspect, I guess you could call me either naive or immature. I started in indie and did something else in between too so there are still many things I don't know when it comes to the music industry. Some people are good at knowing where they are positioned, know what their strengths and weaknesses are and strategically set their path but I'm a bit awkward at it.

10: But even if you don't notice it yourself, the change in your position [in the industry] in the big picture can result people interpreting your music or actions differently too.
Lucid Fall: While preparing for a concert recently, I actually heard from a staff member that I had changed. It was the first time I was putting on a show for 900 people in Seoul and the session was twice as big, so for the first time in four years, I raised the price of my show's tickets by 22,000 won also. When I stood on stage, I felt that 1,800 eyes was just too much. I was feeling the pressure. So I thought that the staff should really give their very best too. I know they were trying hard but I kept noticing how they could be better so I was a bit tough on them. But I guess it looked bad in some people's eyes because I heard people asking me why I'm not as easy-going as I used to be and why I had changed. I'm still quite a bit disheartened about that. I could have said a few things which may not have sounded pleasant, just because I wanted to do my best, but to hear it from people who have worked with me for several years now... 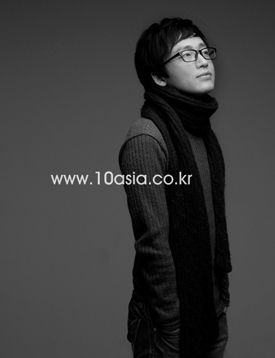 10: Isn't it the same with how, despite the growing number of people who like the lyrics to your music, there is also an increasing amount of people who dislike it. I think it is being regarded as a single artist's thoughts after taking on its name as 'healing music.'
Lucid Fall: Someone told me that I should be satisfied about whatever is said about my lyrics, wehther it is good or bad, because it means it's worth talking about. But what are good lyrics? That's something I'm always thinking about.

10: Well they may want you to be more direct about expressing yourself, such as with the aforementioned Gwanghwamun Square or capitalistic society. In one of your singles you sing, "I am singing this song by becoming your voice," but your album "Les Miserables" seems to speak up for the unfortunate people who live in our times.
Lucid Fall: I'm not referring to a specific class when I mention the unfortunate in my album. It's about everyone, including myself. I don't know why but I sometimes feel sorry for even the most average people. I realized how a close friend of mine who has a good job and supports for his family, looked worn out at one point when I was drinking with him. That's what my album talks about.

10: But I think you do some comparing between social classes, such as in your songs "Loner" or "Mackerel." And in how you also compare rib eye to mackerel.
Lucid Fall: I wanted to talk about children in "Loner." I think they're the exception because they're the weak and must be protected no matter what but there are so many of them who aren't treated in that way. I think a year of their childhood determines 10 years of their adult life so I wanted to talk about that. And mackerel... I guess you could think it in that way but I'm not saying we should hate people who eat expensive food such as rib eye. I'm also not saying that people who can't eat expensive food are more special.

10: Then what are you trying to imply with mackerel?
Lucid Fall: It's cheap but also something that everyone in our country eats. So there's the image that it's a universal food. Even in Sweden, mackerel was what I ate because it was the cheapest food. You could think that I'm speaking for the weak and saying that we should eat cheap food but if you regard it as a dish that the middle-class people eat often, you would hear it as more of your typical normal song.

10: So you're saying it's just a metaphor but it could cause error of judgement if listeners try to actually figure out how much mackerel actually costs?
Lucid Fall: I could have used any other type of fish, such as mackerel pike but that as a title of a song would sound... (laugh) 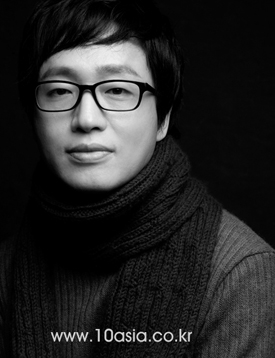 10: It seems that you are concerned about the structure your lyrics take on, just as much as you are with what you're actually saying with them. Like poems.
Lucid Fall: I think poems and lyrics are different. I said before that I want to write lyrics that sound like poems but my thoughts have changed over time. I think the two are in different domains. Good poems don't always make good lyrics and good lyrics don't always make good poems. I think the two are independent.

10: Are you saying they are of completely different genres?
Lucid Fall: Because it has do to with listening. I'm not talking about things like rhythm. I think there are certain structures and content that people understand much more easily when heard by ear. Some time ago, there were lyrics I wrote after hard objective thinking and another I wrote very casually as if I was talking to someone. When I sang the first song to my friend, he said he wanted different lyrics for it because he couldn't hear what I had written. But he said he could hear the lyrics to the second song. What you write about is important but I think it's also important that the listener can actually hear it to the level that it's understandable.

10: In that sense, I think you saying that you want to do music has multiple meanings. Are you saying that you want to compose songs, sing or send deliver a certain message?
Lucid Fall: I've centered my life around my own existence but I have been reminded that I do my music in many different ways. I'm not a conductor nor a producer. A producer really needs to know a variety of music and also have theoretical knowledge. And it's because they need to communicate with other musicians. For example, Yoo Hee-yeol is a producer. But I found out that I'm not. I'm a singer-songwriter who uses a pen or pencil to write lyrics down in a notebook. I'll come up with chords. To me, a singer-songwriter is someone who tells stories. This may sound lax but he is someone who can make people listen to the story he is telling, even if he isn't a great singer and doesn't know how to play instruments.

10: What kind of meaning are you hoping to deliver through your stories to your listeners?
Lucid Fall: I don't know if it will work or not but I think I shouldn't write with the intention of doing something for my listeners. I think my music would end up containing unnecessary effort if I thought that I should write music that consoles or criticizes something. I should write what I feel like writing about, not add more meaning to it or think too hard. I think that's how it should be.