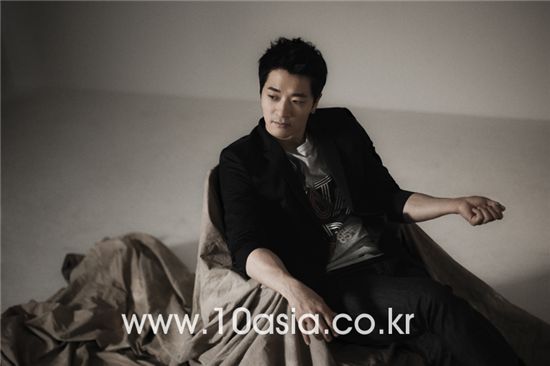 10: It seems that the people who became your fans after watching MBC's "We Got Married" and your fans from much earlier feel a difference in your image.
Alex: My fans are taken aback by my image from "We Got Married." I lost some things from doing "Married" but I also gained a lot from it too. Once when I was wearing my helmet and riding my motorcycle down the Dongho bridge, when this woman asked for my autograph. I asked her how she knew it was me and she said she knew from seeing the lower part of my face. Her husband was sitting next to her, holding onto the handle, and he did not look too happy. (laugh) It's inevitable to lose something as you gain more attention. And I had been working on my solo album first, and then took on "Married," but most people think I released the album in a rush because I became popular from the show. Of course thanks to the public, my album was a success but I didn't like how people regarded me as someone who did the music I did because of the image I had portrayed from the show.

10: Are you working on your next solo album?
Alex: For now, I am working on Clazziquai's acoustic album. I want to think about my next solo album when I have time to focus on it. I hadn't planned on appearing in "We Got Married" in the beginning either because of my album although I ended up doing it because everyone persuaded me to, but I really couldn't find time to record.

10: Do you have plans to have your sister Christina participate in your solo or group album?
Alex: My sister has been involved in our albums and she did in my solo album too. Christina is a member of Clazziquai and I think her voice will always be a part of our songs. Only she's working in Korea and I think it will be hard for her to perform on stage with us.

10: Do you have any plans on doing radio again?
Alex: I really want to. But I think I was recognized as someone who did it because I love radio too much. That I was just someone who really wants to do it while failing to understand what my listeners would want to hear. I think I'd do a better job when I become more experienced.

10: You were giving advice on how to love earlier on a radio show. What is your way of loving someone?
Alex: I think it depends on who the recipient is. If the receiver is someone who wants to be fed love, that is what I will do and if the person wants a "give and take" sort of relationship, then I'll do that as well. 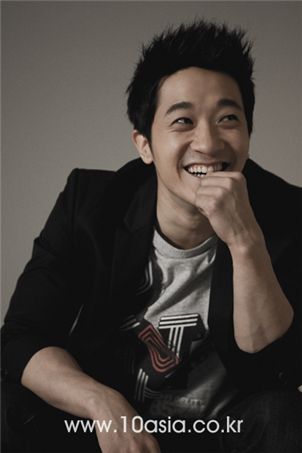 10: How do you think you came to think in such a way? Do you think living in Canada for a long time has influenced you?
Alex: Canada is a land which formed when various ethnic groups came together. That is why people there think in a multi-cultural sort of way. And that is why if you say one wrong thing, it'll be considered racial discrimination. When you live there, you learn how to laugh and be kind to others. You learn that nothing comes out of being inconsiderate to others. And their way of life is completely different from how it is in Korea. Coffee shops are places where beggars go to order coffee and stay the whole day talking about how much they've made. It came as a cultural shock to me at first because it was the first time I've seen beggars beg for cigarettes and go around watching hockey games. Canda is a country which acknowledges everyone's rights to live a happy life. So I really learned a lot because I worked hard to make money in such a country.

10: It seems you were the only hard worker amongst everyone else who was laid back. (laugh)
Alex: That is why I had lots of concerns while I was in Canada. Canada is a great place to live but it doesn't provide young people with many opportunities to make money. While I wanted to work hard. That's why I thought about whether I should go to the United States or to Korea. On top of that, my mother had let me go out into society to make money in order to do what I want. I was very frustrated at the time because I was only 17.

10: Is that why you are active in a variety of areas in this industry. You are constantly working without rest.
Alex: That's why people tell me that I have a starting point but keep going like I'm running a marathon which has no ending point. That I'm somewhat like a cow. I keep ploughing my field and when I'm done, I'll plough another field. I'll probably be sold off when I become old. (laugh) My company doesn't make me work like a cow. I just do it to myself. I do sometimes think I'm working like a cow but I like things to be rough for now. I'm still strong enough to plough my field all I want.

10: So are you really considering running a restaurant?
Alex: There are so many [things I want to do.] Even if it's not under my name, regardless of whether I do business or not, I am definitely going to run a shop which I can open up whenever I want to drink wine. I'll go when I'm in a good mood or not open it if the part-time worker isn't there. I've come to realize I need a place I can go to comfortably to drink. It's different from sipping on wine at home. It's kind of sad drinking a pile of alcohol at home. (laugh)

10: You are talented in every way. What's your driving force?
Alex: Fodder? (laugh)