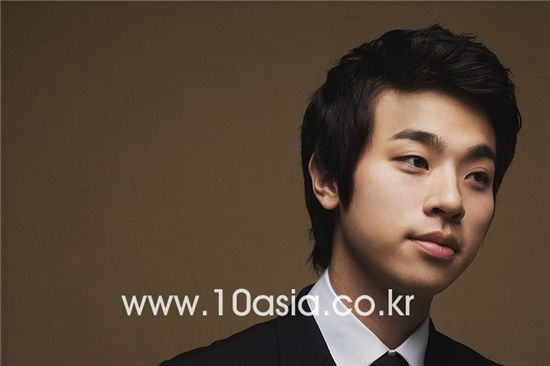 My name is Park Jeong-min.
I was born on March 24, 1987. I have a sister three years younger than me and we have never gotten along. She doesn't even care that her older brother has become an actor and few days ago she begged me to get her a discount on four tickets for the most expensive seats for my play. I was so upset that we fought. Ah, she didn't even listen to me when I told her that the seats in the R section are the same!

Visiting my friend's family villa during my summer vacation when I was in the eighth grade was fate. My friends and I were playing a card game when these older men who were there before us called us out to eat some boiled chicken. One of the men said they would give us 5,000 won if one of us stuck our fingers into the soup for five seconds. I wanted to make some money and it turned out those men were my seniors actors from the theater troupe Trans-Dimensional Stageship. The guy who gave me 5,000 won was actor Park Won-sang. It was shocking when I saw them at the theater for the show "Waikiki Brothers" but they seemed different from what I saw from my favorite movie. That was when I slowly began to want to act.

My family lived in the southernmost district of the Gyeonggi Province but I went to a boarding school located in the South Chungcheong Province. The school was full of the nation's most brilliant minded students and I did everything that I wanted to do because no one knew who I was and I wanted to show them that I was that kind of guy. I sang at a song festival and even shot a movie. Ah, the film was something that wasn't fun... it was about the friendship between a visually impaired individual and an elementary school student. It was an artsy-fartsy pretentious film.

I have three identities when it comes to college. I entered Korea University's School of College of Humanities in 2005, Korea National University of Arts' School of Film, TV & Multimedia in 2006 and its School of Drama three years later. I guess I have no backbone. (laugh)
The reason that I entered the military at an early age was a completely impulsive decision. I bought an MP3 player and clothes the day I got paid for my tutoring job and when the break of dawn came, I had nothing to do. So I signed myself up thinking, 'Shall I try enlisting?' and I ended up using my new MP3 player for about two months.

I felt extremely relaxed on the set of "Bleak Night" because I was the only one who completed my mandatory two-year military service. What young'uns the others are! (laugh)

And the incidents I experienced while I was in the military are pretty colossal. My job was to chase down runaway soldiers dressed in civilian clothes. And there was this one time I went undercover trying to find a runaway solider who was a homosexual in the neighborhood that was shown in the movie "Miracle On Jongno Street." There will be a lot of people who will want to sell the story if I talk about what happened then.


I quit smoking about ten days ago. I felt that someone who is ugly like me shouldn't smell bad too. Lately, I've been smoking electronic cigarettes.
There was a time when I was an active member for someone's fan club. I was a member of the Korean, Chinese and Japanese girl group Circle when I was in elementary school. I thought members Baixue Sirayaki and Ayako Ogawa were really pretty.
My favorite celebrity of all-time is singer-actor Lim Chang-jung. I have all of his albums up till his eleventh full-length release and of course all his best records as well! My favorite album is his sixth release which I still listen to in the car. Actress Lee Na-young starred in his music video for "My Everything" and in it the guys does and gives everything to the girl. Ah, tears! Even at that young age, I remember crying while singing along to the lyrics.

I draw the Hello Kitty tattoo on my stomach myself which I show during my play "Kisaragi Micky Zzang." I had originally thought of getting a henna tattoo but it costs 50,000 won and only last two days. So I stand in front of the mirror all dressed in my suit when drawing it but I don't look cool at all. (Shows his stomach) It doesn't even wash off when I shower.
I saw several scenes from manga "One Piece" that I feel that I could apply to theater. Like this (places two hands on cheek) "So cute!"
I work really hard for the otaku dance during the last scene. I am seriously not flexible and the most clumsiest person at Korea National University of Arts. I'm learning how to play the guitar by myself when I'm home but even that doesn't work out for me. When I try to grip the cords my other hand tightens up as well.