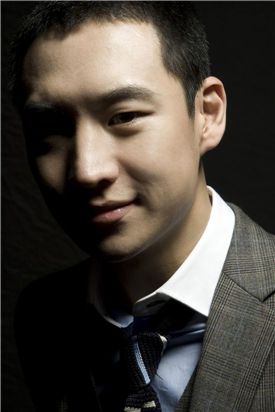 My name is Lee Jae-hoon.
I was born in Hyoja-dong in Seoul on July 4, 1984 and I have one older sister. I moved to Uijeongbu when I was six years old and I'm okay with being called a native of Uijeongbu since I went to elementary, middle and high school there.
I entered the school of drama at Korea National University of Arts in 2008. I am the oldest in our class even though we have students who served as active duty soldiers and people who used to work. (laugh)
The best time in my life was when I was in elementary school. My friends and I practiced the dance moves and songs of the hottest boy bands at the time like H.O.T, Sechs Kies and Turbo whenever we went on school trips. Honestly, everyone went crazy when we performed and we also received letters. However, I noticed that the older I got, I couldn't sing or dance. (laugh)
I enjoyed going to school till middle school so much that I hated the weekend. I thought about how much I wanted to go to school and play with my friends, study and see my teachers. And I began to worry about my path in life in high school.
I graduated from SongHyun High School. There weren't many co-ed high schools at the time so I started school excited about that. And even my class was co-ed but reality was... it felt the same. It was acutally the girls who would act out more than the guys so that's why we ended up becoming so close. (laugh)
I let out a sigh after seeing myself in the first short-feature film that I was in. I know that I'm not handsome and I probably would have felt confident if I was someone who the audience enjoyed seeing or if I was pleased with myself but my looks and voice were really weird. I even decided that acting is something that I shouldn't do.
I learned while in school acting is about how one works to do their best and acquires and agonizes over it. Also, one has to cooperate and communicate well with other actors. The most important thing is that I am there because of the other person.
Director Yoon Sung-hyun told me that there are three scenes in "Bleak Night" that are most important for Ki-tae (my character) and out of the three, the third scene got edited out. The scene can be very terrifying and violent because it was when Ki-tae turns the whole school around after Hee-june transfers to another school. I'm kind of disappointed that scene didnt make it in the film since my emotions were at an all-time high but I felt relieved just knowing that I got to act it.
I have loved veteran singer Shin Hae-chul since eighth grade. He was the only person who came off as being different just when I was starting to get tired of seeing people singing and dancing to love songs. I bought all of Shin Hae-chul's and group N.EX.T's albums and any records that he produced or collaborated on. I also have the rare album "No Dance." My favorite N.EX.T song is "Sometime in the Distant Future" from their fourth full-length album and once I did the monologue from the narration portion of the song "A Letter For You" for an audition. The song that I sing the most at karaoke is "Hello."
I am a huge fan of Haitai's Kia Tigers baseball team. What do I think their score will be this season? Hmm, they reinforced their players this year and even brought in player Lee Bum-ho so they get a lot of criticism if they don't get a good score this year. They will get criticized if they don't make it to post season... Anyway they just have to win the whole way!
I really like and respect baseball player Park Chan-ho. I want to take after him on how he never quits and continues to challenge himself. My mood changed whenever Park won or lost a game in the major leagues. I was extremely happy and studied well on the days that he won and I was depressed whenever he lost. However, I used to blame and hate the other players for losing the game because they couldn't score or didn't play good defense even though Park threw well. (laugh)
I recently finished filming a movie whose translated titled is "Gojijun." It was shot in various locations such as Hamyang of the South Gyeongsang Province, Jeonju and Goheung of the Jeollanam-do Province. I was on standby at five o'clock in the morning and finished working at four o'clock in the afternoon. We couldn't film anymore after the sun went down because the area was surrounded by mountains. That is why we ate dinner at six thirty with drinks. (laugh) I took up the habit of going to bed early since I had to get up early and I think actor Shin Ha-kyun and I became healthier because of that. I'm sure that the senior actors were tired.
I really want to try acting in a comedy. I'm usually the kind of person that can't make others laugh or create a fun atmosphere so it may be hard but if I was given the chance I would like to do it.