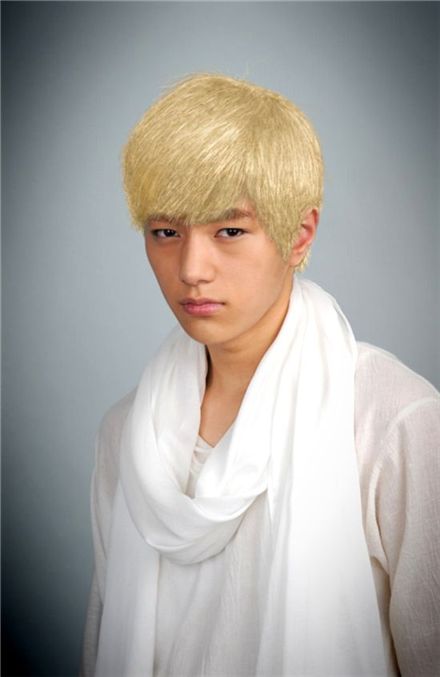 
Korean idol L of boy band INFINITE will debut as an actor, playing the male lead in an upcoming Japanese TV series.

According to a press release from his agency Woollim Entertainment on Monday, L will take on the role of Jui in "Jiu: Keishichou Tokushuhan Sousakei," based on the manga by Japanese novelist Honda Tetsuya, which will begin its air on Japan's Asahi TV next month.

"At first, I thought that singing and acting were different but it's actually the same in that we have to 'relay a certain emotion' and 'deliver an emotion' to the people," L was quoted as saying during an interview for the press conference of "Jui: Keishichou Tokushuhan Sousakei" which was held in Japan last week.

L, whose real name is Kim Myung-soo, made his debut as one of the main vocalist in seven-member boy band INFINITE in 2010. The group has released a number of hit songs such as "Come Back Again," "BTD (Before the Dawn)" and "Nothing's Over."

The boys are currently preparing for their official debut in Japan next month with their showcase in Osaka and Tokyo on July 17 and 19, respectively.