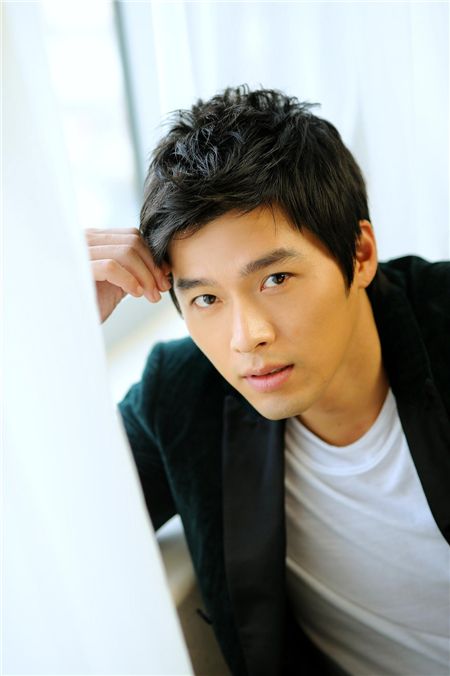 
Actor Hyun Bin has become eligible to join Korea's Marine Corps which he signed up for late last year as part of fulfilling the country's two-year mandatory military duties.

An official with the Military Manpower Administration (MMA) said during an interview with Asia Economic Daily on Wednesday that the 28-year-old actor has passed all the exams necessary to enter the Marine Corps including his December 24 interview which he scored high marks on.

"He does not know yet -- I plan to tell him the news myself directly sometime tomorrow," the MMA official added.

Hyun Bin tested well on the physical exams as well, scoring 29 out of a total 30 points. "He did well enough to rank within the top five out of 200 candidates," explained the official.

He then said Hyun Bin volunteered to be a combat troop in the Marine Corps with the hope of leading a normal life in the military.

The date for Hyun Bin's military entrance has not been set as of yet but is highly likely to be March 7. "Unless something major comes up, he will enter the Marine Corps' training center located in Pohang of the North Gyeonggi Province where he will undergo five weeks of training before getting assigned to a base," the official explained.

Hyun Bin will be relieved of his military duties after 21 months, in December 2012, if all goes according to schedule.

Hyun Bin, whose real name is Kim Tae-pyung, is currently one of the most sought-after actors in Korea after starring in smash hit SBS TV series "Secret Garden" which ended its two-month run over the weekend.

He was lauded by viewers and critics for his portrayal of a fussy and hard-to-please department store owner who ends up falling in love with stunt woman Gil La-im (Ha Ji-won) in the 20-part fantasy romance drama about a man and woman's souls occasionally get switched.

He first rose to fame after starring in smash hit series "My Name is Kim Sam-soon" alongside actress Kim Suna in 2005 and has also starred in other dramas including Worlds Within (KBS, 2008) and "Friend, Our Legend" (MBC, 2009).