He who can't Marry 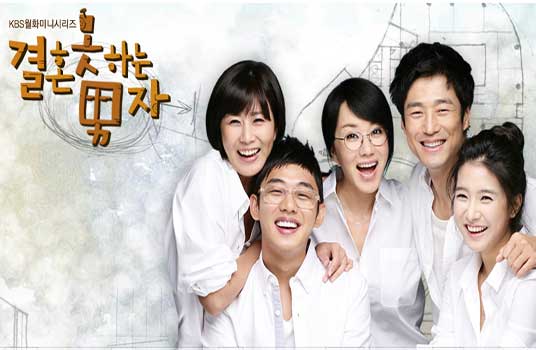 Also known as: The Man Who Can't Get Married

Here is a man who just turned forty. He has his own architectural company and you can find some fine architectures if you google his name. Just by looking at his good appearance or his job, it would be hard to believe that he is not married yet. However....

Here is a man who doesn't know how to communicate with other people. He is obstinate and never thought of living together with somebody.

One day, he comes across a lady doctor who is quite similar to himself. After that day, he feels like to talk to her and rely upon her. Slowly, he starts to change. He becomes intimate with the dog next door, starts to meddle in another's affairs, and realizes the preciousness of people around him.

Would he be able to get married after all? If he gets married, who would be good for him? And how is he going to propose?

He who can't Marry Trailer