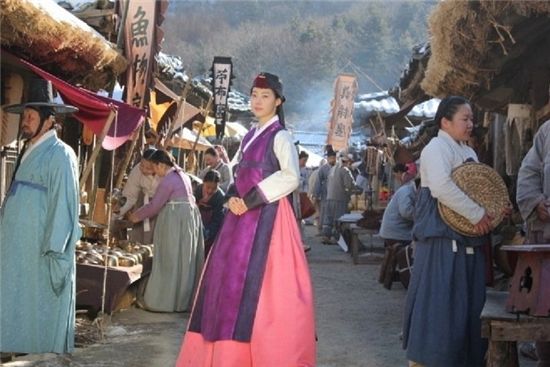 
Korean actress Han Ji-hye has posted pictures from the set of her upcoming MBC drama tentatively titled "Mate" on her official Facebook.

Last Thursday, Han uploaded two photographs of herself wearing hanbok [traditional Korean attire for women] and the old Korean marketplace in the background with a comment below saying, "A character that I will come to love. The ribbon in my hair and hanbok is very memorable."

Fans who have seen the picture responded, "I really want to watch 'Mate' after seeing those pictures!" "Wow, Han Ji-hye is just so breath-taking" and "No one can compete with Han Ji-hye's hanbok fashion."

Last year, it was announced that Han will take on the role of the daughter of a village school teacher who is deeply interested in education.

She will also be entangled in a love triangle between the main male characters played by actors Chung Jung-myung and Lee Sang-yoon.

She recently returned to the small screen last October with a role in KBS Drama Special: Pianist, a single-episode drama she starred with Lee Min-ho from the popular boy band SHINee.

"Mate" will take over the Monday and Tuesday primetime slot after current series "Queen of Reversals" ends its run. 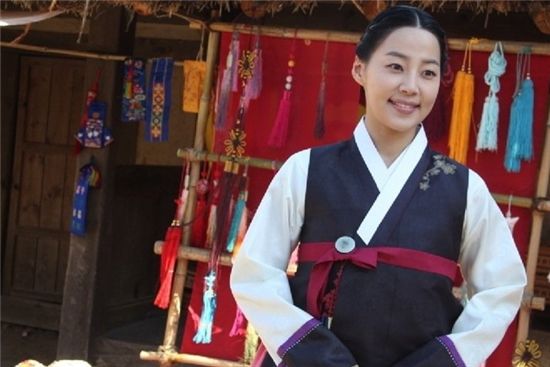