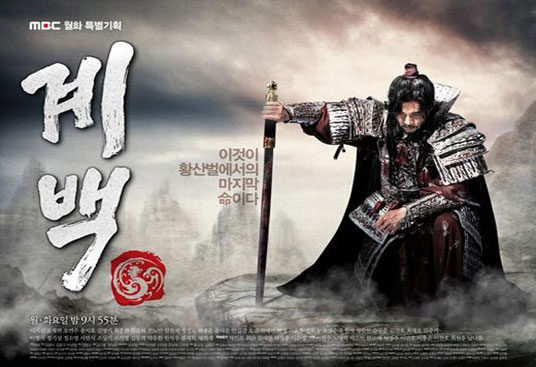 General of Baekje. He fought the Tang Dynasty-Silla Kingdom joint forces when the kingdom was under attack. With just 5000 men, he fought four battles in the Hwangsangbeol plains and decisively defeated General Kim Yushin of the Silla Kingdom each time. General Gyebaek is a tragic figure who tried to save his kingdom from the joint Tang Dynasty-Silla kingdom army. He willingly engaged in his last battle fully aware that he would die fighting against two formidable enemies at once. But there are mixed reactions toward

She was King Euja's stepmother. As the queen of King Mu, she was given the title Empress Satek. Her father was Satek Jeokdeok, whose family clan was powerful and wealthy. After the death of Queen Seonhwa, she tried to have her son Gyogi become the crown prince. With the support of her powerful family, she was also intelligent and very beautiful. On the surface, she maintains a warm and friendly fa�ade but she can carve the heart out of her enemies if she has to.

King Euja was born as King Mu's eldest son. He was regarded as a wise king during his reign. Five years before the downfall of the Baekje kingdom, he conquered 30 fortresses that belonged to the Silla kingdom. But his kingdom was destroyed when the Tang Dynasty and Silla Kingdom joined their armies to invade Baekje. In the "History of Three Kingdoms," it is said that King Euja came to ignore the kingdom affairs in his later years, to which his subjects took advantage of his lapse of judgment.

Gyebaek's father. Royal guard of King Euja and Seonhwa. He protects Seonhwa and the young prince Myeong with valor. But he is framed by Kuk Jumo as a traitor who sold out his kingdom to Silla. He barely escapes from being executed and flees to the countryside where he lives as a hermit.

The hidden love line in "Gyebaek" had the attention of viewers.

Before Moo-jin dies under false accusations by falling into Satek-bi's plan as the bodyguard of Queen Seon-hwa (Sin Eun-jeong) and young prince Euija (Choi Won-hong), he is a character that will make a close escape and goes in hiding.

Asking to meet him at a late night, Satek-bi said, "We have been meeting like this for ten years but nothing has changed about you" trying to bring out the emotions from the past. However, Moo-jin drew the line saying, "What are you talking about?"

However, Satek-bi said, "I have been anticipating all this while. You're bluntness has not changed as well" and mentioned their past relationship. Despite the fact that Moo-jin coldly said, "If you are going to argue about minor things from the past I will leave", she suggested him coming into the palace where she lived, "I know you're going through a hard time trying to protect the Queen and the prince".

She said, "I am saying this out of our past. I don't' know if you've forgotten everything but I haven't. You're the one person I gave my heart to" and we could see that they were lovers in the past.

Netizen's say, "I can't wait for the love line. It's sad Cha In-pyo is only going to be here 3 weeks", "I am inspired!", "Satek-bi is a dangerous character who will use and kill love for her passion" and more.

This korean drama was produced to highlight on how noble values championed by General Gyebaek of the Baekje kingdom last much longer than the battle cheers of the victors in history. There is no intention to make this a period drama that glorifies Baekje. Nor is it correct to assume that this TV show intends to rewrite Baekje's history. But for a kingdom that lasted for 680 years, it is time to address the falsehoods that Baekje collapsed due to a tyrant ruler who purportedly was a drunk. There should be a comprehensive look at how Baekje was surrounded by encroaching kingdoms that formed alliances to the detriment of Baekje. 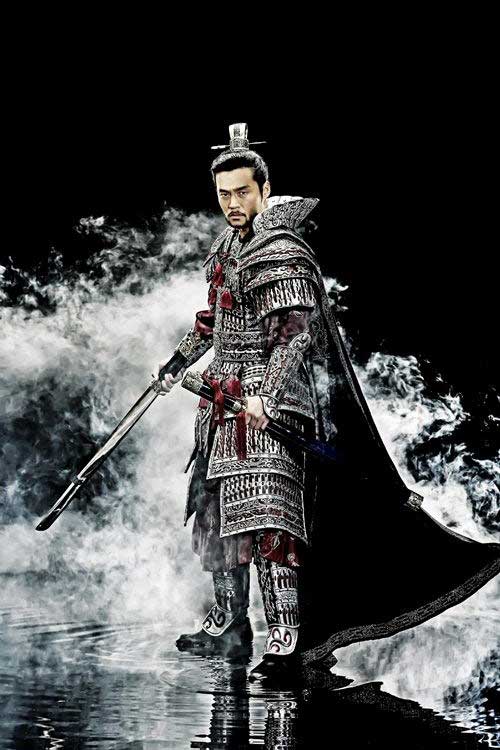