Grudge: The Revolt of Gumiho 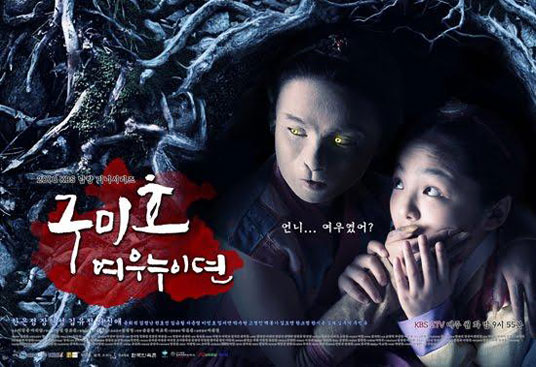 Also known as: Gumiho: Tale of the Fox's Child

Gumiho, the nine-tailed fox which has shape-shifting abilities, endures 10 harsh years of marriage in order to become a human. However, her husband breaks his promise the night before the ten-year mark. Betrayed Gumiho leaves her husband with her 9-year-old daughter Yeoni, who has inherited the mother's ability. Gumiho feels disillusioned with human society and make a new home in a cave, but Yeoni has a hard time adjusting herself living in the new surroundings. Gumiho decides to stay in a human village until Yeoni becomes fully grown, since Yeoni gets a complete shape of fox when she becomes 10 years old.

Even though Gumiho couldn't succeed on becoming a human, all she wants is living a happy life with her lovely daughter. However, her dream breaks in pieces when Yeoni gets cruelly murdered by people. Now, the vindictive mother Gumiho begins her revenge.

Grudge: The Revolt of Gumiho Trailer