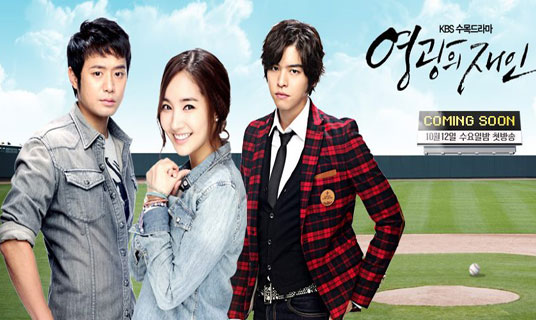 Also known as: Man of Honor

Kim Young Kwang (Chun Jung Myung) is a baseball player on a minor league team, former 4th hitter of the major league team. He is an innocently confident man who never stops trying his best to relive past successes. Yoon Jae In (Park Min Young) works as a nurse's aide is a struggling young, cheery, bright girl who is an optimist despite her poor background and dreams of becoming a nurse. She meets Kim Young Kwang at the hospital when he sustains injures.As they struggling to overcome their fates, they find love. Seo In Woo (Lee Jang Woo) is the future heir of a sports clothing company and also the clean-up hitter for the a professional baseball team that his father owns. A love triangle ensues between these three characters.