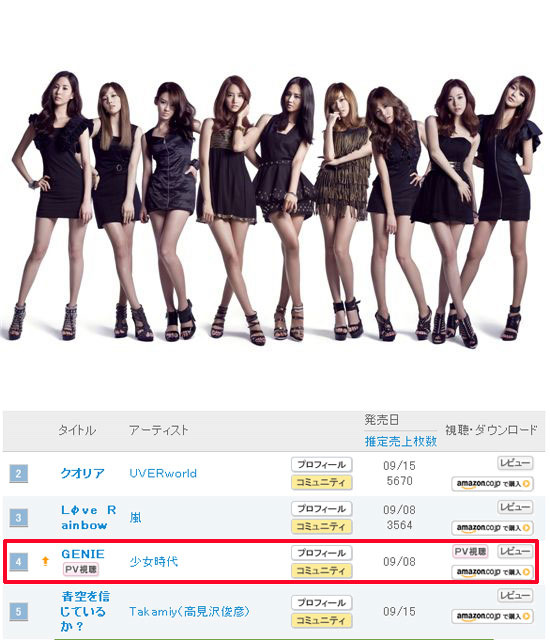 
Top Korean singers Girls' Generation have placed in the top 5 on the prestigious Oricon monthly singles chart with their debut single "Genie."

According to Oricon's September chart, the girls' album "Genie," which went on sale in the country on September 9, sold over 75,276 copies to come in at No. 4 on the chart, while selling about 44,097 records during the first week.

"Genie" recorded high sales during the second and third week as well, selling 17,792 and 75,276 copies, respectively.

The nine-member girl group branched out to the Japanese pop scene in August, holding their showcase on August 25 and claiming the title as the first Korean girl group to have ranked in the top 5 spots on the Oricon weekly DVD chart with their DVD "New Beginning of Girls' Generation."

They also entered the Oricon daily charts at No. 5 a day after Genie went on sale and have promoted the track on various local TV shows.

Girls' Generation will be releasing their second Japanese single "Gee" on October 20.