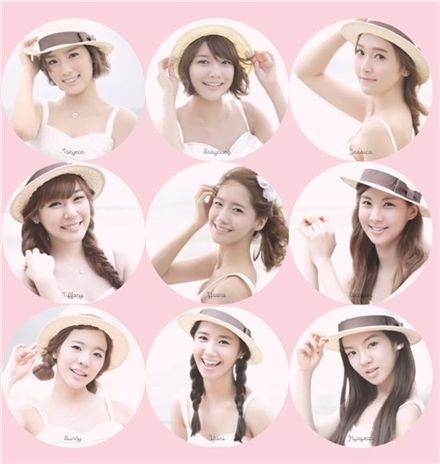 
Girls' Generation's latest set of DVDs is due for release at end of this month, revealed their agency SM Entertainment on Friday.

According to SM, the new DVD set titled "All About Girls Generation 'Paradise in Phuket'" composed of six DVDs (715 min) and a mini-photobook that contains the history of the female group from when they debuted, will hit stores on June 30.

Co-produced by SM and SBS Contents Hub, the DVD will include the group's hit music videos, clips showing them shooting the jackets to their albums and music video and TV segments the girls' appeared in.

It also features the group's variety program "REAL TREASURE" and music video to "Echo" shot in Phuket of Thailand and clips of them enjoying their free time in the country in self-shot format, as well as them delivering messages to members of their group, families and fans.

The teaser clips to those DVDs will be posted on SM's official YouTube channel and their Facebook account, its first version later today and its second version on June 28.

The agency plans to release the upcoming DVDs in Blue Ray version as well.

The group, composed of members Taeyeon, Tiffany, Hyoyeon, Sunny, Jessica, Seohyun, Yoona, Yuri and Sooyoung, is currently one of the most well-known female idol groups in Asia which made their debut in Korea in 2007.

They expanded their careers into Japan in August of last year where they have enjoyed much success, becoming the first Korean girl group to place No. 1 on the Oricon chart and wining several gold disc statuses for selling over 100,000 copies for their albums. 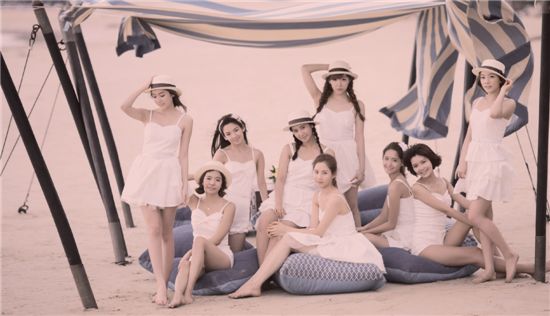