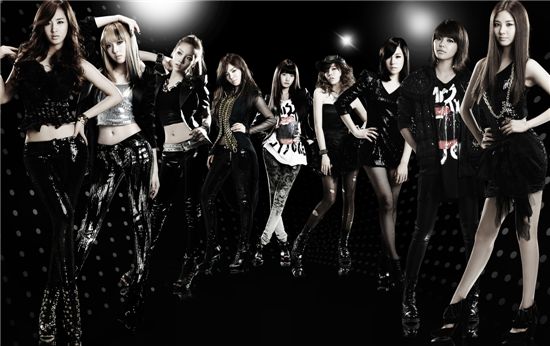 The girls were awarded the Mutizen Award for their latest song "Run Devil Run," the title track from their repackaged second album of the same name.

Other contenders on the show this week were Kara, 2AM, T-ara, Beast and Epik High.

"Inkigayo" resumed its broadcast for the first time in three weeks. Korea's major public networks had cancelled or delayed the showing of their entertainment shows following the sinking of naval ship Cheonan in late March.

KBS' music show "Music Bank" did not air this weekend, instead stating it will air its program starting April 16.

Girls' Generation made their debut in 2007 and has since released numerous singles including "Into the New World," "Kissing You," "Gee," "Tell Me Your Wish" and "Oh!"

They have been enjoying a successful comeback to the music scene with "Run" which has topped online and offline music charts since its release last month.