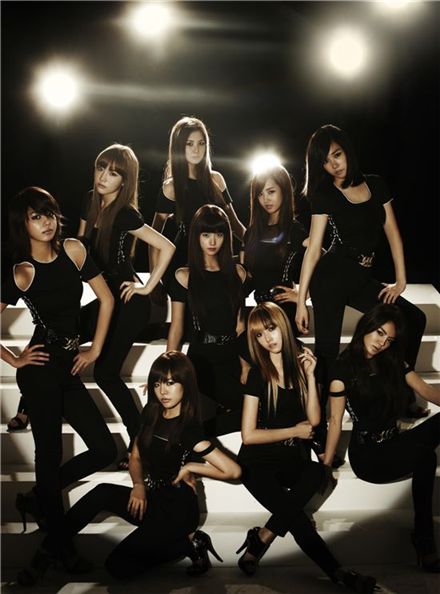 The nine-member girl band beat out three-week winner Kara on "Music Bank" to score their first win with their title track "Run Devil Run," from their repackaged second album.

The K-pop idols were up against Kara's "Lupin" and 2AM's "I Was Wrong," while other contenders on the show included T-ara, Beast, K.Will, MC Mong & Seo In-young.

The show did not air however, since all three of Korea's major public networks cancelled or delayed the airing of most of their entertainment shows due to a mysterious explosion which sunk South Korea's naval ship Cheonan in late March.

Only slightly over a half of the ships crew members were rescued, leaving the country in a state of grievance.

Meanwhile, Girls' Generation have been enjoying a successful comeback with their repackaged second album "Run Devil Run," topping various online and offline music charts in Korea and in other Asian countries as well.