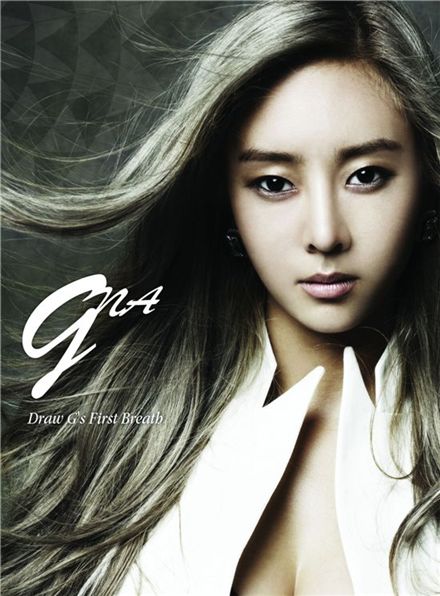 
Korean songstress G.NA, who debuted two months ago, has taken the No. 1 spot on a weekly albums chart in Singapore, according to her agency Cube Entertainment on Tuesday.

Cube announced in a press release that the singer's first mini-album "Draw G's First Breath" came in first on record retailer HMV's K-POP/J-POP chart, pushing past top Korean singers Girls' Generation, BoA and 2NE1, during the week of September 19 to 25.

The agency also explained that the 22-year-old singer flew into Singapore today to hold her first showcase in the country aimed at promoting her debut album.

Discovered and trained by Cube Entertainment, G.NA splashed onto the local music scene in July with digital duet single "Things I Want to do When I Have a Lover" with Asian superstar Rain and released her mini-album a few days later.

She topped various online music charts with her title track "I'll Back Off" featuring fellow labelmate Junghyung of the boy band BEAST.