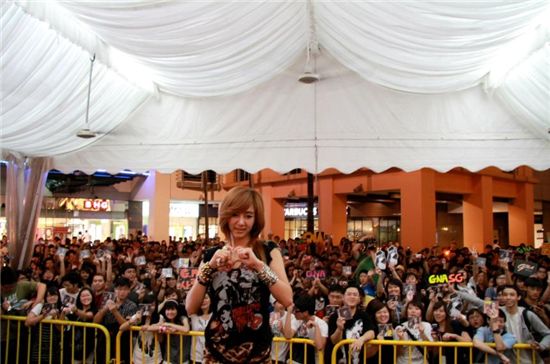 Korean singer G.NA at her showcase in Singapore [Cube Entertainment]


Korean songstress G.NA held her first showcase in Singapore on Wednesday, according to her agency Cube Entertainment.

Cube announced in a press release that the singer met with about 3,000 fans for her first ever meet and greet in the country as well as singing her title track "I'll Back Off" and SUPA SOLO."

The agency also explained that the fans sang the birthday song in both Korean and English, surprising G.NA whose birthday was on September 13.

The singer has been gaining popularity in the country with her first mini-album "Draw G's First Breath" which placed atop Singapore's HMV's K-POP/J-POP weekly chart during the fourth week of September.

Discovered and trained by Cube Entertainment, G.NA made her debut with single "Things I Want to do When I Have a Lover" with Asian superstar Rain. 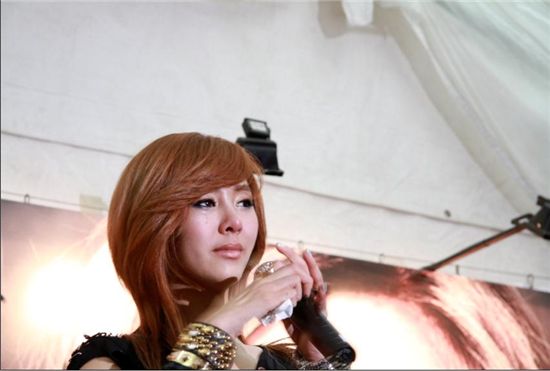