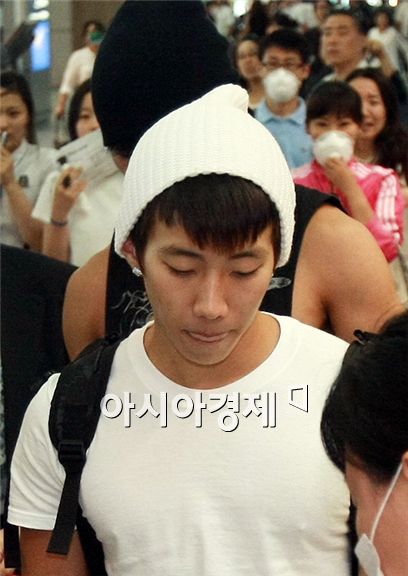 Boy band 2PM's former leader Park Jae-beom has signed on for movie "Hype Nation," according to an official with the film on Wednesday.

The official explained that Park signed a contract with the movie's producer Young Lee, agreeing to appear in "Nation" as well as participating in the soundtrack for the movie which is set for filming starting June.

Park is expected to fly into Korea for the film since 70 percent of the movie will be shot in Korea.

"Nation," about a dance contest between an American dance crew and South Korean dancers, is targeted at a global market with the lines to be relayed in English.

The role for the female lead has yet to be set but Lee is said to be in talks with a member from a Korean girl group.

Lee had originally cast Korean female singer Son Dambi for the lead role but Son reportedly pulled out of the project after production of the film got delayed.

Park quit his band last September after comments he made on his MySpace account before his debut surfaced and stirred nationwide controversy.

He was expected to rejoin the group earlier this year but officially parted with JYPE for good in February over "a huge personal wrongdoing."

Last month, he was seen participating in a b-boy dance contest in Vancouver, Canada with his dance crew Art of Movement.