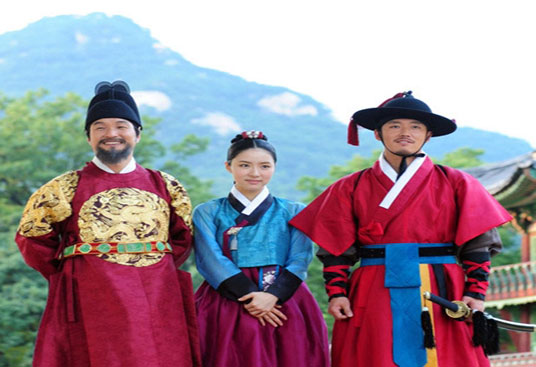 This korean drama is based on Lee Jeong-myeong's novel "Deep-rooted Tree". It is a work that highlights the serial killings during the 7 days before the announcement of the Korean script.

A series of murder occurred during the reign of King Sejong. As Kang Chae Yoon who is investigating these cases gets closer to the root of the truth, he finds himself embroiled in a massive conspiracy behind the serial killings which involves a group of genius who are willing to risked their lives towards their cause/goals and secret powers who will interfere with the course of his investigations.

A Former Slave turned royal guard and detective of King Sejong (whom he held a grudge against). As a child, Ddol-Bok protected his mentally retarded father from the teasing of other servants of the Queen's family. Later, Ddol-Bok 's father was arrested then beaten near death, dying in front of him and his childhood friend So-yi was taken by Court Ladies. He was saved by Lee Do and swore to avenge his father's death before he became a soldier by a changed name. Chae-yoon later became a low-level guard along with his friends. He doesn't know that So-yi and Dam-yi are same person who he thought had died and reunited after discovering each other

The King who Ddol-Bok held a grudge against, and the creator of Hangul. During his early years as king , Lee Do had a strained relationship with his father and harbored guilt for seeing people's suffering (including his wife's family) by his father's tyrannic rule. He was the one who saved Ddol-Bok 's life. After the death of his father and his wife Seoeun, Lee Do (Sejong) sends Kang Chae-yoon as investigator (unaware he is the same boy whom he spared) and is helped by So-yi in the creation of Hangul. He later finds out that Chae-yoon is the same boy who tried to kill him.

Chae-yoon's friend who was saved as a child by Sejong's wife and became a court lady. During her early years as court lady, Lee Do apologized to her for what he did about her family's death.in episode 13 she found Chae-yoon is actually Ddok-bok