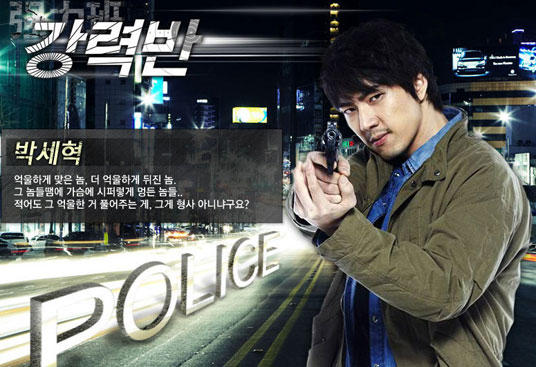 This drama focuses on a group of detectives in the Seoul Gangnam Police Homicide Division who solve crimes based on real life cases with their variety of skills and investigative methods. At the forefront of the team is the impulsive and hotheaded detective Park Se Hyuk and the cold, commanding police chief, Jung Il Do. Park Se Hyuks passion for his work and rough personality results in a tendency to take action first before thinking later, in contrast with Jung Il Dos by-the-book style. However, his greatest weapon is an instinctive knowledge of a criminals tricks and mental workings that he gained from his father, the legendary thief, and his own childhood in the streets. Together with the other members of a special team formed to catch Lupin, a notorious burglar, he juggles work with his own personal quest to find his father and confront his older brother, a crooked detective.