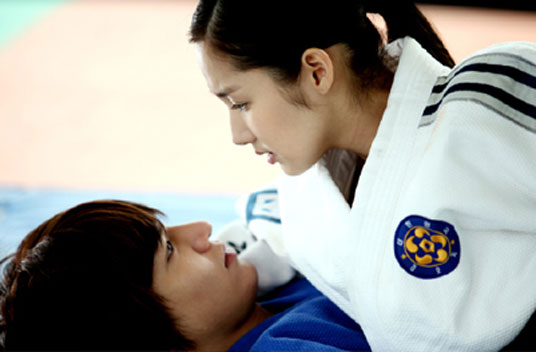 The story starts in 1983. The South Korean president and his delegates are visiting Burma (now Myanmar) when a bomb planted by North Korea explodes, killing some high ranking officials. This historical event is called the Rangoon bombing (also known as the Rangoon incident). To strike back, five South Korean officials plan an underground operation to enter North Korea and kill North Korean agents. Unbeknownst to the South Korean president, Lee Jin-Pyo (Kim Sang Joong) and Park Moo-Yul (Park Sang Min) who work as bodyguards for the Chung Hwa Dae, organize a 21-men troop to execute the plan. However, as the operation os taking place, the five high-ranking officials changed their minds, aborting the plan in order to avoid an international crisis if the mission is discovered. Their major concern is that the United States might withdraw its nuclear protection if the mission is made public.

The operation is successful, but as the troops swim to the submarine which is supposed to take them back to South Korea, snipers from the submarine shoot and kill all the troop members, except Lee Jin-Pyo, while they are still in the water. An already injured Park Moo-Yul uses his body to shield Jin-Pyo, thus saving his life. As the only survivor of the ambush, Jin-Pyo swims back to shore and returns to South Korea, where he finds out that there are a total of five officials responsible for aborting the operation.

Vowing to avenge his fallen comrades, including his closest and best friend Park Moo Yul, he kidnaps Moo-Yul's son and flees to Southeast Asia's Golden Triangle, specifically the mountainous Burmese-Thai border. There, he raises the child as his own and trains the boy intensively in combat. Following an attack on the village, Jin-Pyo confesses to the child, Lee Yoon Sung (Lee Min Ho), about his long-term plan for revenge.

Seven years later, after successfully finishing his college years in the United States at Massachusetts Institute of Technology, Yoon-Sung returns to South Korea to fulfill his step-father's plan for revenge. He enters the Blue House (South Korean presidential palace) as an IT expert under the National Communication Network Team. He is warned by Jin-Pyo not to trust anyone and never to fall in love, as doing so will put the people around him in danger.

In Chung Hwa Dae, he meets bodyguard Kim Na-na (Park Min Young). The story of love and revenge begins. Eventually the bodyguard Kim Na-na, helps him to take revenge, as they discover that they have the same goal in mind. So both of them start working together but problems occur during their revenge plot.

A big shocking twist occurs as the truth unveils.

He is the "City Hunter". His ultimate goal is to avenge his father's killers as the City Hunter. He used a dead Korean-American John Lee's identity,with this identity he gets his Doctoral degree at MIT, and to enter Korea's presidential palace. But while he was taking revenge, he falls in love with a presidential guard called Kim Nana. He tries to protect Nana from the many enemies hunting him down.


She is a judo master, being forced to fend for herself at an early age after one of her parents were killed in a drunk driving accident and the other is in a coma. She has to take many jobs in order to support herself. Her exceptional skills in martial arts allowed her to be chosen as one of the president's bodyguards. During her time as a bodyguard, she falls in love with Lee Yoon Sung.


An intelligent prosecutor, Kim Young Joo possesses a strong sense of justice, even against the corrupt politicians of South Korea. He was Jin Sae Hee's ex-husband as well as the son of one of the officials that ordered the slaughter. He is constant rival against the City Hunter


He was the only one to survive the slaughter 28 years ago. Full of anger, he wants to kill all of the people who ordered the execution. He pretended to be an investor from America and started his revenge through his dead best friend's son, Lee Yoon Sung.


She was Kim Young Joo's Ex-Wife, a vet.