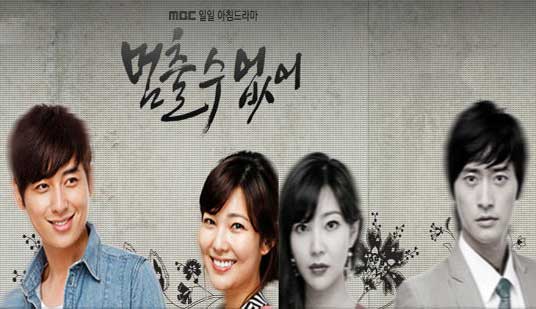 Also known as: I Can't Stop

A woman who is like a silvery, flawless pearl plans to get revenge!

Hong Yeon-shi grew up poor but was always a cheerful girl who had a positive outlook on life. Her marriage to Lee Byung-joo, president of a lingerie company, ends in a bitter divorce. While investigating her mother's death she learns that her mother-in-law was involved in having her mother killed but she is kidnapped before she can find further clues. With Roh Soo-ri's help, she is able to escape the nursing home where she was locked up. Yeon-shi then plots revenge against her ex-husband and his mother!

Her dad died while her mom disappeared without a trace when she was a young girl and so her aunt took her in and raised her. She was doted on by her aunt and her son and grew up with a bright personality. While working as a designer of lingerie wear, she meets Byung-joo. After contemplating whether to marry Roh Soo-ri, who loved her deeply, or the rich Byung-joo, who was arrogant and selfish, she chose Byung-joo. But her mother-in-law and Byung-joo falsely blames her for something she didn't do and uses that against her to make her sign the divorce papers. She later learns that Byung-joo's mother was involved in her mother's death. She seizes an opportunity to become a moneylender and then devises a plot to get revenge on the people who damaged her life.

The son of Roh Man-je, a wealthy moneylender. He deeply loves Yeon-shi and when she marries another man, he is utterly heartbroken. Later on, he watches over Yeon-shi as she gets revenge on her ex-husband and his family and protects her throughout it all with warmth and love.

He is arrogant, selfish, and self-centered. As the president of Bongshi Secret, a well-known lingerie brand, he marries Hong Yeon-shi but later divorces her. He later regrets the way he harshly treated Yeon-shi during their divorce proceedings.

She is a fearless troublemaker and Byung-joo's sister. But one day, she falls in love at first sight with a charming man. That man turns out to be Yeon-shi's cousin, Kang In-chan, who grew up together with Yeon-shi. But that doesn't faze her as she tries to marry him against her family's wishes.

As Yeon-shi's cousin, he has a warm personality and puts people at ease with his confident and relaxing demeanor. He dated Lee Joo-ah in college after she fell head over heels for him. Throughout the ups and downs in their relationship, he also comes to love her and decides to marry her against his mother's wishes.