CNBLUE to hold fan meeting in Japan on October 28 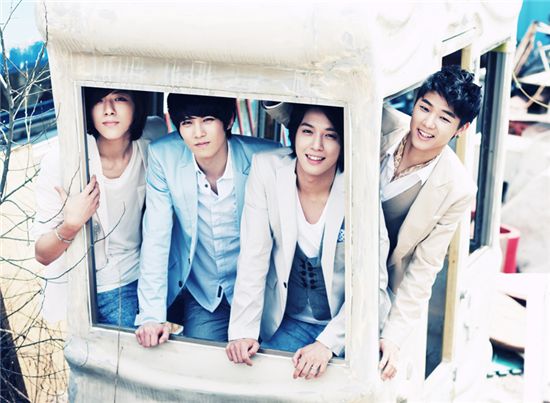 FNC announced through a press release that the boys will meet with about 5,000 Japanese fans at the International Forum in Tokyo on October 28.

FNC also explained that tickets for their fan meeting sold out in three hours, according to a popular Japanese reservation site last month.

At the event, the four-member band will take the stage for a mini live concert as well as hold various other events.

CNBLUE, which stands for Code Name Blue, made their debut in Korea earlier this year with their hit single "Alone" and mini-album "Bluetory" after releasing two singles in Japan.

The group has led a successful music career overseas as well, going double platinum in Taiwan as well as placing in the top ranks of the prestigious Oricon chart in Japan.