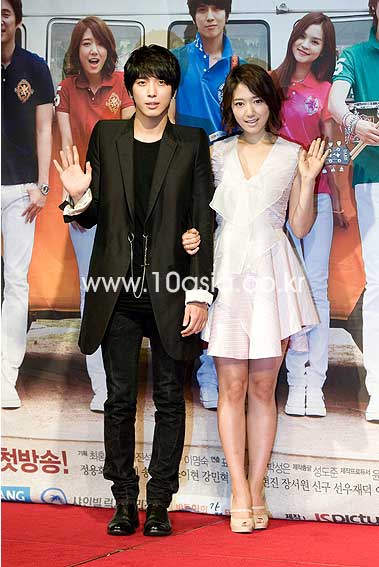 CNBLUE's Jung Yong-hwa had said that actress Park Shin-hye, his co-star of an upcoming MBC drama, is like one of the members to his band.

He made the remark at a press conference held in Seoul yesterday for the new Wednesday and Thursday TV series "Heartstrings" when asked about Park who he is working with for the second time in a drama -- the first time was in SBS TV series "He's Beautiful" two years go.

"I feel so comfortable around Park that I pester her......I want to say that there's something I feel uncomfortable about her but I'm not so it's as if she's one of the members of CNBLUE," Jung said.

"So that means I can join the band and play an instrument?" Park quipped in with a laugh to which CNBLUE's drummer and "Heartstrings" co-star Kang Min-hyuk said they need someone to play the keyboard.

In "Heartstrings," which tells of the love, friendship, passion and drive amongst people in the 20's and 30's at a performing arts school, Jung portrays the haggard and indifferent character Lee Shin who is the lead vocalist and guitarist of the band called The Stupid. Lee is also one of the most sought after guys on campus.

The series will show his one-sided love towards dance professor Jung Yoon-soo (played by So E-hyun) and portray how fellow student Lee Kyu-won (Park) who majors in traditional Korean music and an expert in gayageum (Korean harp) begins to fall for him. 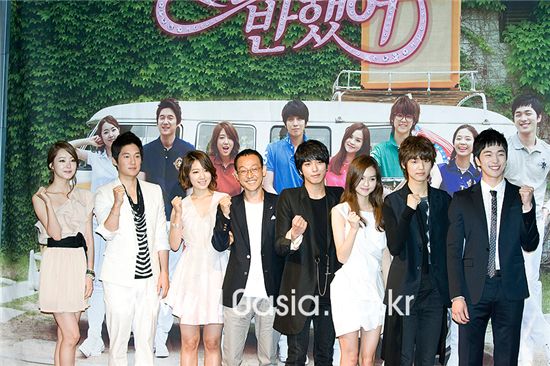