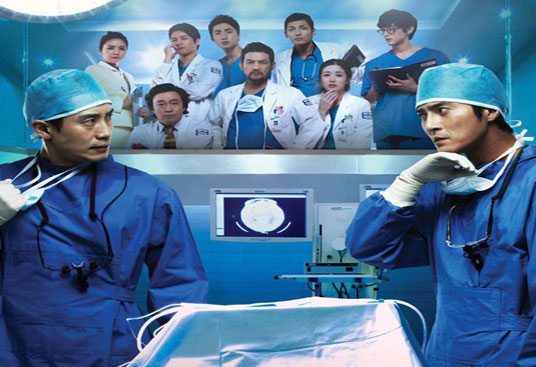 This korean drama deals with the brain and neurosurgeons.

Lee Kang Hoon (Shin Ha Kyun), who graduated from the top medical school, works at the top hospital, and is the top neurosurgeon around. Basically, he's Brain No. 1. (And he works on brains, too!) He has ambitions to become the director at his university hospital. He is obsessed with success, which is probably both his greatest flaw and strength, since it makes him steely and fierce.

However, once he meets his sunbae Kim Sang Chul (Jung Jin Young), the prickly genius doctor and world famous neurologist, he turns over a new leaf and becomes a sincere doctor. Seo Joon Suk (Jo Dong Hyuk) is a doctor and will become Lee Kang Hoon's rival. Yoon Ji Hye (Choi Jung Won) is also a neurosurgeon who grew up in an ordinary family. She is extremely strict in matters of work and study, but has a warm bedside manner with her patients.