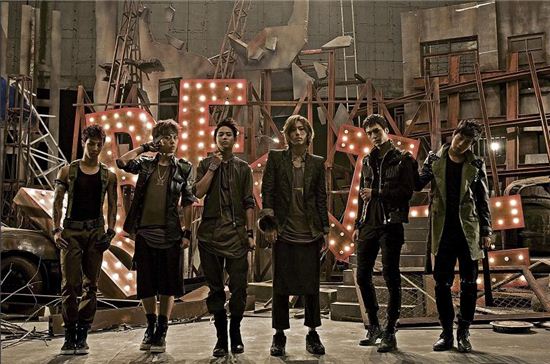 
Boy band BEAST will be holding their first-ever concert in December, according to their agency Cube Entertainment on Friday.

An official at Cube met with Asia Economic Daily today, saying that the six-member group will hold a concert at the Jamsil Indoor Stadium in Seoul on December 12.

"The concert will be of the scale of Rain's concerts and since it's their first concert, they are looking forward to it a lot," the official explained.

He added that other artists from Cube, such as 4minute, will also make appearances at the upcoming show.

"Our dream was to receive the award for best new artists and holding our own concert so we're honored to finally be achieving that dream... We'll be spending the busiest days since our debut," the boys were quoted as saying.

BEAST, who made their debut a year ago, released their third mini-album "Mastermind" yesterday which they will promote on the small screen starting today through a comeback performance on KBS music show "Music Bank."