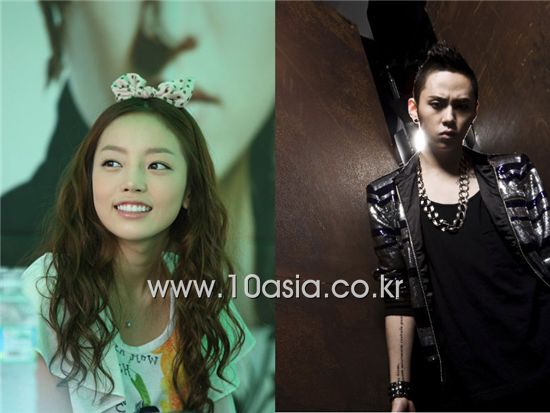 "I checked with Yong Jun-hyung and he said it's been about a month since they've started dating," an official at BEAST's agency Cube Entertainment told 10Asia over the phone.

"They had been good friends and started to develop feelings for each other," the official explained.

KARA's agency DSP Media refrained from commenting but said they will release their official stance on the news within the morning.

News of their relationship broke out today when local media Dispatch revealed several photographs of the two walking hand in hand.

Gu, 20, is a member of her highly popular female K-pop group which debuted in 2007 and is one of the most successful Korean girl groups to break into the Japanese market.

Yong, 21, is the rapper of his six-member group, which too has been one of the most popular boy bands in Korea since making their debut in 2009. They kicked off their singing career in Japan earlier this year which has been met well.