BEAST, 4minute to strut on catwalk for Japanese fashion show 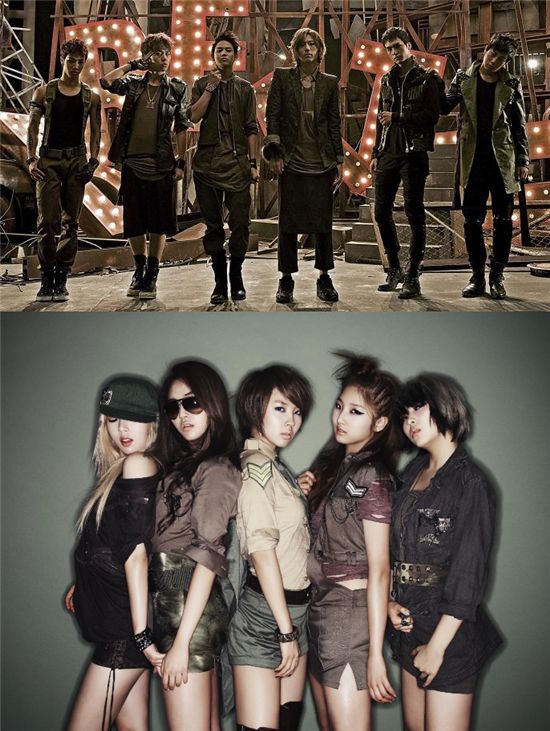 
Korean idols BEAST and 4minute have been invited to walk the runway of a major wedding fashion show in Japan next month.

"Both groups will walk for famed Japanese designer Yumi Katsura's show '2011 Paris GRAND COLLECTION IN TOKYO' on February 23," a PR official from their agency Cube Entertainment told 10Asia over the phone on Tuesday.

She then explained that the final schedule on when they will depart for the country has not been scheduled as of yet.

4minute, composed of members Ji-hyun, Ga-yoon, Hyun-a, Ji-yoon and So-hyun, made their debut in Korea with the single "Hot Issue" in 2009. The girls are currently preparing for their return to the local music scene with a new album in February.

Known as one of the most popular boy bands in Korea since their debut in 2009, BEAST has produced several hit songs including "Bad Girl," "Shock" and "Easy." They have been taking a break from promoting their album since December and are currently preparing for their encore concert next month and Japan debut.