After School to hold 2nd fan meeting in July 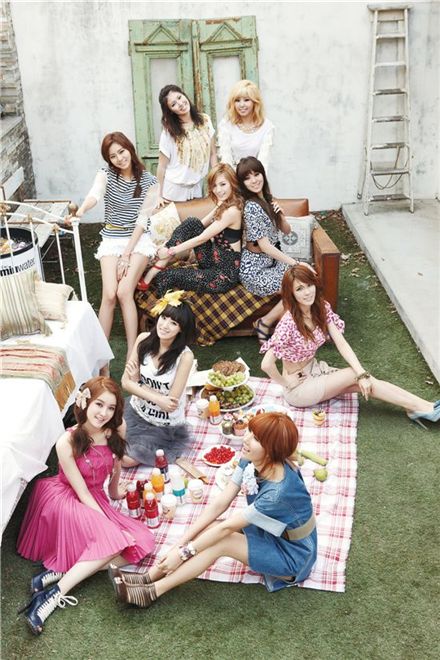 
Idol group After School announced that they will hold a fan meeting early next month, according to their agency Pledis Entertainment on Tuesday.

Pledis revealed in a press release that the girls will hold their second official meet-and-greet event at Naru Arts Center in Seoul on July 9 to express their gratitude to the fans for their love and support.

Several special performances being prepared for the fan event include the showcasing of member UIE's cheery love song "Sok Sok Sok" which is her first solo piece, alongside individual performances by other members of the group.

There will also be a separate time set aside for member Bekah who recently announced her decision to part with the group to pursue a career as a designer although details on whether she will reveal her first solo song at the fan meeting as well have yet to come.

After School, which will pursue their career with eight members due to Bekah's departure, debuted in January 2009 with their first single "New Schoolgirl."

The group, having recently finished promoting the title track "Shampoo" from their first full-length album "VIRGIN" released in late-April, is preparing to expand their career into Japan next month.