After School to kick off singing career in Japan 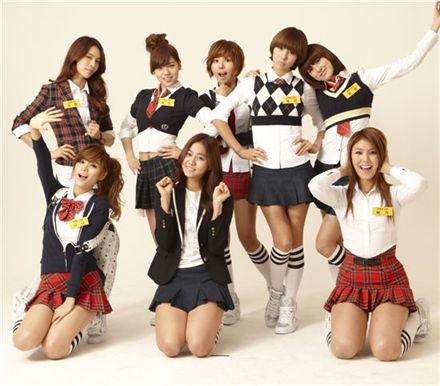 
Korean girl group After School will soon be expanding their singing career into Japan.

"We are currently talking to several record labels in Japan so that After School can begin their singing careers in Japan," an official from Pledis Entertainment told 10Asia over the phone on Friday. "And we are thinking that things will kick off sometime in March or April."

He further explained that the group will be flying back and forth from Korea to Japan to fulfill their activities.

After School, composed of members Juyeon, Kahi, Beka, NaNa, Jjung-ah, Lizzie, Raina, U-ie and new member E-young made their debut in January 2009 with their first single album "New Schoolgirl." They produced several hit songs including "Ah," "Because of You" and "Bang!"

The last album that the girls released was in December titled "HAPPY PLEDIS The 1st Album" featuring the title track "LOVE LOVE LOVE" in December.