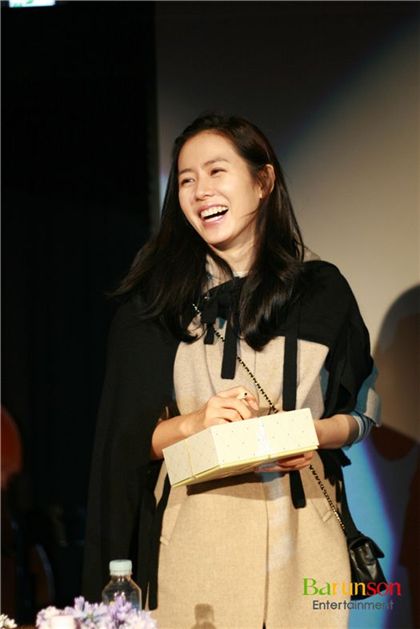 
Actress Son Ye-jin celebrated her birthday yesterday with her fans from home and abroad, according to her agency Barunson Entertainment on Monday.

A press release by Barunson today explained that Son invited some 100 fans from Korea as well as from China, Japan, Hong Kong, Australia and the United States for her birthday party held at the Musical House in Seoul with comedian Kim Beom-young as the emcee.

Fans had signed up to take part in the event via her official website and Facebook account beforehand and Son prepared mufflers as special gifts for all the attendees.

The party featured video messages from celebrities who congratulated Son's birthday such as actors Lee Min-ho and Jung Sung-hwa who co-starred with Son in MBC drama "Personal Taste" (2010), actor Ko Soo who worked with her in the film "White Knight" (2009) and actresses Lee Min-jung and Moon Chae-won who belong to same agency as Son.

Moon in particular made a surprise appearance in the middle of the party and sang a birthday song for the event. 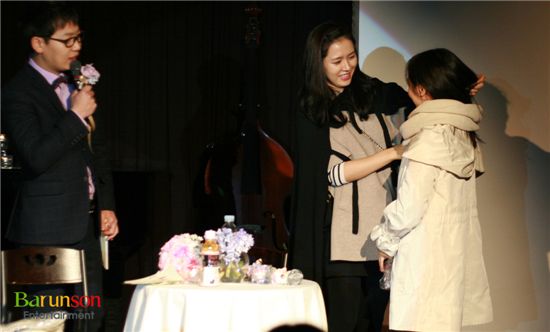 As this year's party also commemorated the 10th anniversary of Son's fan meetings, the event also included a highlight screening of son's past dramas and movies.

"I was able to come this far thanks to my fans who rooted for me and supported me with love and interest for a long time and I'm happy to be given this opportunity to communicate with them to express my gratitude," Son was quoted as saying in the press release.