Actor Jung Woo-sung injured on the set of SBS' "Athena 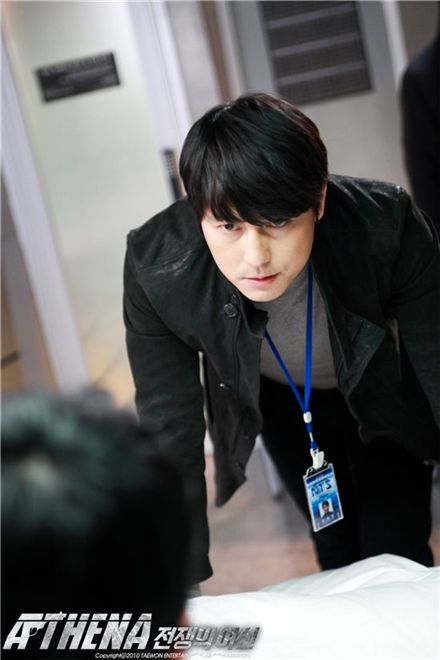 
Korean actor Jung Woo-sung was injured while shooting an action sequence for SBS' series "Athena" over the weekend.

On Sunday, Jung Woo-sung was rushed to the hospital for hurting his knee while trying to avoid a large truck which his co-star Jung Chan-woo was driving that swerved in a basement parking lot in Kyungwon University located in the Gyeonggi Province.

"At first we were worried thinking that the injury was serious but it was just minor," a producer from the show told Asia Economic Daily over the phone on Monday. "Jung is suffering from injuries to his knee while his co-star Jung Chan-woo was wounded in the head.

He added that the two have been discharged from the hospital and are currently resting. Doctors have advised Jung to rest for several days and that he will be able to join the cast to shoot the drama but not the action sequences.

The official also stated that they are currently discussing with SBS and production company Taewon Entertainment on the future of the show, while in the meantime, Tuesday's episode will be replaced by a special episode of "Athena-Soo Ae's Secret."

"Athena," also starring Soo Ae, Cha Seung-won and E Ji-ah, is a spin-off to KBS' blockbuster hit series "IRIS" about the world of spies amid competition among governments to secure nuclear technology.

The show, which began its run on December 13 of last year, has maintained steady viewership ratings in the mid ten percent range on the Monday and Tuesday primetime lineup.