Actor Gong Yoo is finally out of the army 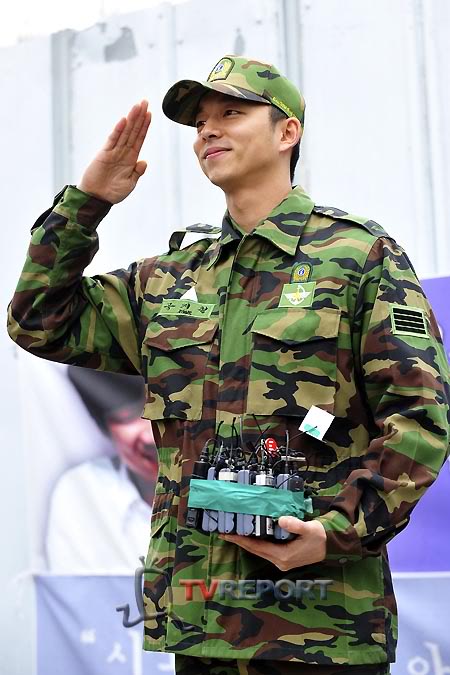 Fans rejoice! Gong Yoo is finally out of the army.

The actor, who enlisted at the height of his popularity following 2007's Coffee Prince - was discharged from his mandatory service on the morning of December 8. He gave a brief greeting to the press and fans who had come to the Department of Defense building to welcome him back to civilian life. Approximately 250 fans were in attendance, some flying all the way in from Japan, Taiwan, and Thailand.

Upon his discharge, he said, "I feel free and wonderful. I'd like to travel, and sleep. I also want to eat my mother's food." He added, "It was difficult physically, but I've made memories I won't ever be able to forget. The letters and presents that many fans continually sent me were a big support."

Gong Yoo expressed his intention to enjoy a brief break while taking his time to pick his next project. A rep from his management company explained that he doesn't have immediate activities planned, and wants to decide on his next role sometime next year. (Let's hope earlier rather than later.)

Gong Yoo enlisted in active duty in January 2008, and was transferred to the Defense Media Agency after eight months. He served the remainder of his time in the public relations department as an entertainment soldier, where he acted as a DJ for the army radio station.