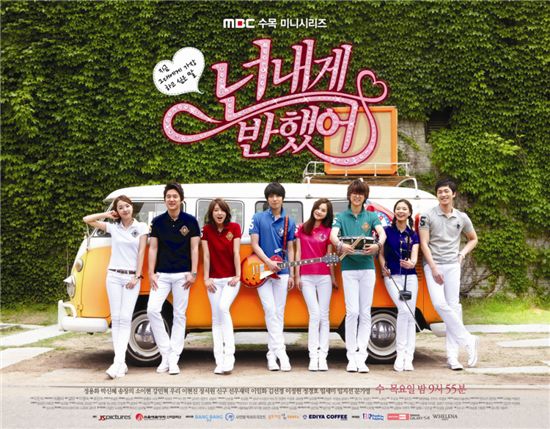 
Eight countries have bought the rights to Jung Yong-hwa and Park Shin-hye starrer "Heartstrings" ahead of its premiere in Korea next week, according to the show's promoter YTree Media.

On Friday, YTree announced in a press release that "Heartstrings" was pre-sold to eight countries including Japan, China, Hong Kong, the Philippines and North America, while several other places are still in talks in acquiring the rights for the show.

"We feel that the overseas audience has shown great interest in the show before its air due to producer Pyo Min-soo and its stars Jung Yong-hwa and Park Shin-hye," an official from the show's production company JS Pictures was quoted as saying.

Jung and Park have a strong fan base overseas due to the popularity of SBS TV series "He's Beautiful" which was sold to China, Thailand, the Philippines and Singapore.

"Heartstrings," which tells the story of people in the 20's and 30's at a performing arts school, will take over the Wednesday and Thursday primetime slot starting June 29.