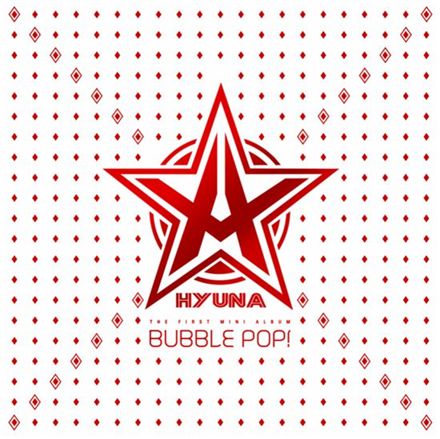 
4minute rapper Hyun-a, set to release a solo album early next month, will reveal a song from the upcoming record tomorrow, announced her agency Cube Entertainment on Wednesday.

According to Cube, Hyun-a's new song "A Bitter Day" which is the only ballad tune in her five-track mini-album "Bubble Pop!," will be revealed online tomorrow midnight, ahead of the album's release on July 5.

"A Bitter Day" will demonstrate Hyun-a's rhythmical rapping against the backdrop of acoustic sounds with a featuring by Yong Jun-hyung from boy band BEAST and songstress G.NA, Cube explained in the statement.

Meanwhile, other tracks set to be included in the latest album are "Attention," "Bubble Pop!" "Downtown" and "Just Follow" with featurings done by other Cube artists including Jiyoon from her group and singer DOK2.

Hyun-a, 19, debuted in 2009 as member to 4minute, also composed of other girls Ji-hyun, Ji-yoon, Ga-yoon and So-hyun with debut single "Hot Issue" and has since enjoyed success in several Asian countries including Taiwan and the Philippines with their mini-album "For Muzik."

Her group was the first K-pop female band to branch out into the Japanese market in early May last year where they produced three Japanese singles including "Muzik," "I My Me Mine," "First" and the group's first full-length Japanese album "DIAMOND" and another single "WHY" in early March this year.

After returning to Korea in late March, they released their single "Heart To Heart" and followed it up with their first regular album "4Minutes Left."