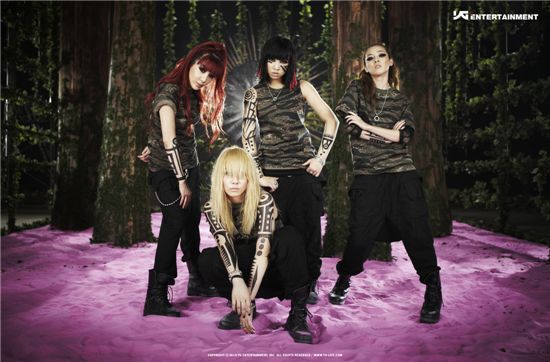 
Korean female idols 2NE1 held onto the top spots on Gaon's singles chart during the week of September 19 to 25.

Their title tracks "Go Away" and "Can't Nobody" remained at No. 1 and 2, respectively, on the singles chart and climbing up four spots to third place was the latest duet "On the way to Breaking Up" by songstress Lim Jeong-hee featuring 2AM member Jo Kwon.

The quartet has dominated numerous online and offline music charts with their first full-length album "To Anyone" since its release on September 9. They have been promoting their three title tracks "Can't Nobody," "Go Away" and "Clap Your Hands" simultaneously.