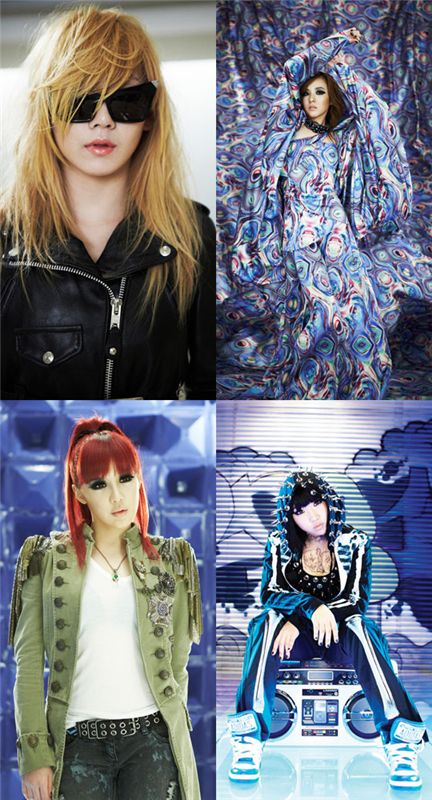 
K-pop girl group 2NE1 continued to dominate televised music programs with songs from their newest album "To Anyone" last week.

The quartet, who have promoting three title tracks simultaneously, grabbed their third win on KBS' Friday music show "Music Bank" with "Go Away" while scoring their third Mutizen Award on SBS' Sunday program "Inkigayo" with "Can't Nobody."

"We are always happy to be able to perform on stage with such great songs," 2NE1 member Sandara said during her acceptance speech on the weekend show.

Composed of other members CL, Bom and Minji, they have been one of the most successful girl groups in the country since their debut in May 2008.

They have been enjoying a successful comeback to the music scene with the first full-length album which includes title tracks "Go Away," "Clap Your Hands" and "Can't Nobody."

The songs have topped numerous online and offline music charts since its release on September 9.