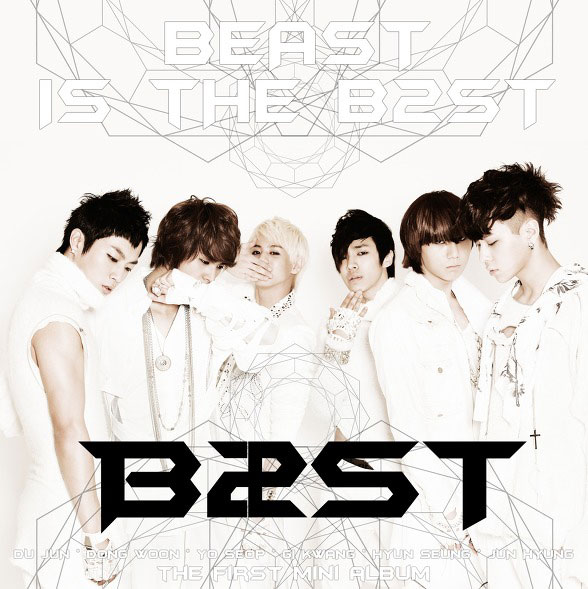 Beast (stylized as BEAST or B2ST) is a boy band from South Korea that consists of six members, under Cube Entertainment. The group was originally known as B2ST, an acronym for Boys to Search for Top. However, their name was changed to BEAST (Boys of the East Standing Tall) a few days before debut. They released their first mini-album Beast Is The B2ST on October 14, 2009.


Doo Joon is the leader of BEAST. He was a trainee from JYP Entertainment. He was featured in the Mnet documentary Yeolhyeolnama (Hot Blooded Men) with 2AM and 2PM but was eliminated. He was then transferred to JYP Entertainment's sister company, Cube Entertainment. Before his debut with BEAST, he auditioned for High Kick Through the Roof and was offered a role in the sitcom but turned it down to focus on his music career. He became a member of reality-variety series Danbi, a segment part of MBC's Sunday Sunday Night line-up.

Doo Joon was featured in AJ's music video for "Nunmureul Dakko" ("Wiping the Tears") as a rapper along with Jun Hyung before they debuted as part of BEAST. He was also a guest rapper for Gavy NJ's song "Sun Flower".

As Girls Generation member TaeYeon will be leaving MBC Radio FM4U 91.9Mhz 'Chin Chin Radio' , he was chosen as the temporary DJs for two weeks.


Hyun Seung first received media attention as a trainee under YG Entertainment, when he was preparing to debut as a member of Big Bang. He appeared in 10 out of 11 episodes of the Big Bang Documentary, but he wasn't chosen to be a part of the final group formation by YG's president. He received a lot of concerns from management when BEAST was being formed, as the first thing the members were instructed to do was have Hyun Seung gain weight.


Before debuting as a member of BEAST, Jun Hyung was first a member of XING, known by his stage name as Poppin' Dragon. He is noted to have unusual hairstyles. Jun Hyung was also featured in fellow member's AJ's music video ("Wiping the Tears") as a rapper with Doo Joon. Along with fellow BEAST member Yo Seob, MC and comedian Lee Hyukjae, Moon Hee Jun (formerly of H.O.T.) and Kim Sook, they welcomed Japanese tourists for "Visit Seoul 2010" campaign, where Korean celebrities and Japanese tourists explore Seoul in MBC's Star Guide Doshiraku to raise awareness of Seoul's famous areas as well as its delicious cuisine.

Jun Hyung was the featured rapper in Hyuna's solo debut single "Change". Jun Hyung along with 4minute were also featured in "Heard 'Em All" for Amerie's Asian version of the album In Love & War. He was also a guest rapper for K.Wills song "Present". He also starred in MBC High Kick Through the Roof for a scene.


Yo Seob is the main vocalist of BEAST. Noted to be the "cute" member of BEAST, his various hairstyles have received much attention, being compared to that of a Fairy Pitta and a Shih Tzu among other things. Yo Seob was a former JYP Entertainment trainee. He moved agencies, to M Boat Entertainment (a former sister company of YG Entertainment) then to Cube Entertainment. He was also known for his self-created videos and parodies. He was a backup dancer for AJ's music video ("Wiping the Tears") and "Dancing Shoes". He also performed as a backup dancer when AJ was promoting "Dancing Shoes".


Gi Kwang was initially a trainee under JYP Entertainment. He later transferred to sister entertainment company, Cube Entertainment where he originally debuted as a solo singer by the stagename, "AJ". Cube Entertainment then decided to have him join BEAST where redebuted under his given name. Lee Gi Kwang, who is active and known as SaeHo in MBC High Kick Through the Roof, was selected as MC for MBC's Sunday Sunday Night segment Hot Brothers.

Gi Kwang is featured in K.Will's music video for the song, Present.


Dong Woon was a trainee from JYP Entertainment and was the last member to join BEAST and is also the maknae (youngest) of the group. 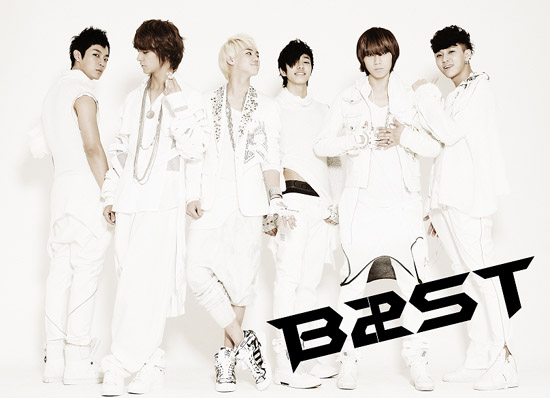 There were many news articles on the group before its debut as many of them had previous experience in the entertainment industry. On October 2, their documentary, MTV B2ST was broadcasted on the MTV Chuseok Special to showcase their abilities before their official debut.


In late 2009, news articles started to surface online about Cube Entertainment's new group, B2ST (pronounced "BEAST") as explained by member, Dong Woon, in episode 8 of their MTV documentary MTV B2ST which showcased their journey leading up to their debut. On October 14, the group's first mini-album, Beast Is The B2ST, was released selling over 20,000 copies in October of 2009 and has even further reached 40,000 copies sold in sales to date. A Cube Entertainment representative for BEAST revealed that they have sold all the albums they printed in the first batch and are tentatively planning to produce 5,000 more and also considering reissuing AJ's album due to strong demands. On October 16, they made their live debut on KBS Music Bank with their debut track, "Bad Girl". The group became popular after debuting, following various commercial calls from companies around Asia. On December 2, 2009, BEAST won their first award, Rookie of the Month, awarded by the Ministry of Culture, Sports and Tourism. It was later announced by Cube Entertainment that Universal Records would be assisting BEAST and 4minute with international launches of their albums. On January 23, 2010, BEAST commenced their international promotions in Taiwan. The group was awarded with the Best Newcomer Award at the 19th Seoul Music Awards on February 3, 2010.

The group's second mini-album, Shock Of The New Era, was suppose to be released on March 2, 2010, however it was put forward a day and was released on March 1 due to the fact that all of their songs have been leaked. Despite the leak of their songs, the album has been rising up on various music charts[20] and have already sold 20,000 copies to date. The new genre prepared by BEAST is 'Rocktronic.' With a powerful sound and BEAST's added color to Shock of the New Era, they sped up the overall completion of the album. Their title song "Shock" is being reviewed as serving a powerful voice while having a strong sound with an abundance of melting sensibility, and will be performing a VTach dance with dynamic poses. On March 25, 2010, BEAST will have a surprising transformation as Ballad Singers and sang an orchestra version of the sad ballad 'Despite Holding On' by Noel that once attracted popularity as they were recognized as a boy group with singing ability. On March 25, 2010, BEAST receive their very first win on Mnet's 'Mcountdown' with their new song 'SHOCK'. On April 14, 2010, BEAST has given the fans their special Music Video of 'Take Care of My Girlfriend' (Say No) without the help of anybody in the staffs. BEAST will be performing at the 8th Korean Music Festival held at the Hollywood Bowl in Los Angeles, California on May 1st, 2010. BEAST members released a Music Video 'Mystery' in response to the fans wishes, as special guests, Girls Generation and Kara also appear in the Music Video. New digital single version of 'Easy' is officially released on April 29th, 2010 that has the title 'Easy (Sincere Ver.)' together with the strings and piano music helps BEAST to show off a whole new attraction that isn't the normal hip-hop and the electronic instruments feel. On May 6th, 2010 , BEAST performed at Mnet MCountdown with "Easy". Leader Doojoon started off by playing the piano . Along with the boys vocals , there was an orchestra present .Along with "Easy" the boys also performed their new single "Special" .

BEAST was the topic of a short-lived reality show, MTV B2ST, which was hosted by MTV. The show ran on a weekly basis from August 23, 2009 to October 9, 2009, with a total of ten episodes. The program was to showcase their journey to debut. It was announced in March of 2010 that BEAST will be hosting a second season of MTV B2ST entitled MTV BEAST Almighty. After last year's broadcast debut, season 2 will have fans and viewers' wishes as the concept of the program. BEAST members will have to pick one wish for every episode. The first broadcast will begin in mid-April and will consist of eight episodes.

On November 25, 2009, it was announced that the group would release the song "Crazy" in promotion for the film, Attack the Gas Station 2. On January 25, 2010, the group participated in the God of Study official soundtrack, with the song "Ready Go", which topped various charts.

Shin SaeKyung and BEAST who had been chosen as the models for BBQ Chicken after the Wonder Girls, and they will be filming the commercial for BBQ Crispy Chicken.